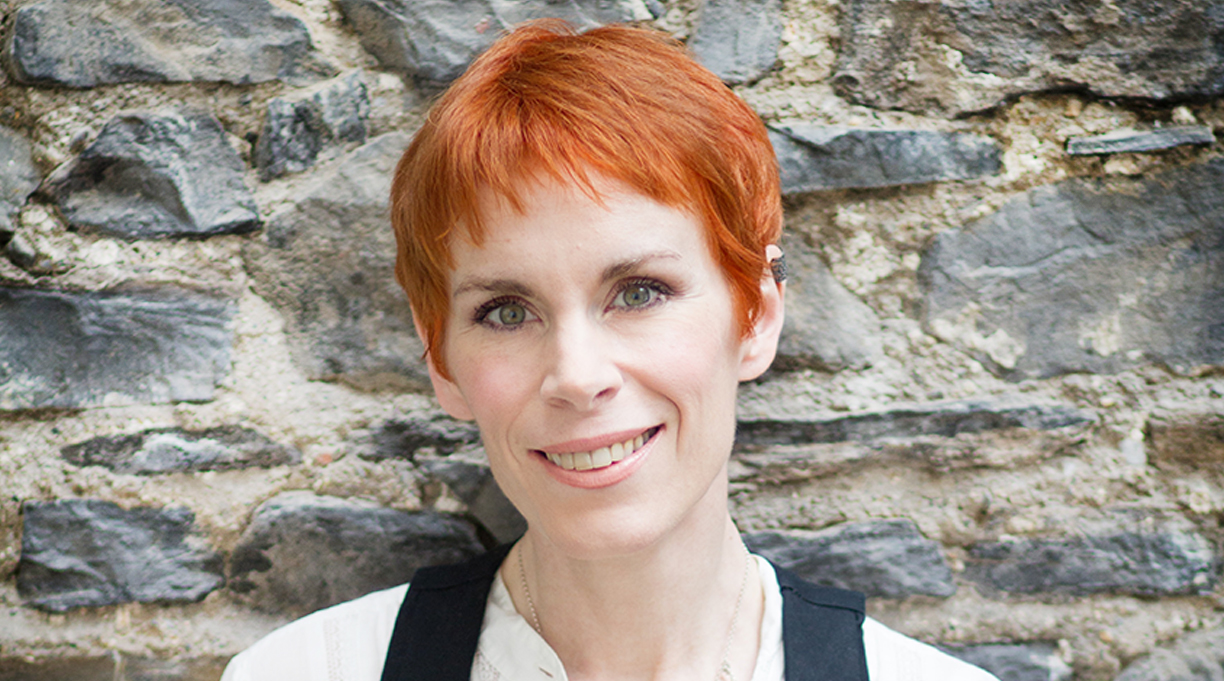 Tana French writes the most complex, atmospheric crime novels around. After six intense books focusing on the Dublin Murder Squad, she wrote The Witch Elm (2018), a stand-alone told from the perspective of a crime victim who turns into a suspect. Now, with The Searcher (Viking, Oct. 6), she’s again produced a book that feels quite different. Cal Hooper is a retired Chicago detective who’s just moved to Ardnakelty, a small (fictional) village on the west coast of Ireland. He isn’t even Irish American—he’s just looking for a remote spot to do some fishing and try to forget the wife who left him. Then, of course, he gets drawn into a mystery, asked by a local kid to figure out what happened to his missing brother. French recently spoke with Kirkus by Zoom from Dublin; the conversation has been edited for length and clarity.

This is the first time you’ve written a book without a first-person narrator. Why did you decide to do that?

It’s about the main character. The main character, usually the narrator, tends to shape the world of the book for me. And because I’d been writing The Witch Elm,which is so much about what’s inside the narrator’s head, I kind of felt like I’d had enough. I wanted to see if I could write something that was about someone who’s much more action based, to whom what matters isn’t what you think, it’s what you do. And that meant a third-person narrator made more sense.

The other thing that’s different about this book is that it’s not set in Dublin.

I’ve always loved the west of Ireland. It’s beautiful. And it’s a whole different kind of beauty from the east coast, where I live, because the East is much more gentle and green, a very welcoming landscape. And the West is wild. The West has the Atlantic Ocean, and it has great rockscapes; there’s a harsher edge to its beauty. And when I started thinking about what would eventually turn out to be this book, I’d been reading a lot of Westerns—for some reason I’d never got into the genre before, but I was loving them. And one of the things I noticed was that the generic Western setting has a lot of resonances with the west of Ireland. There’s a harsh countryside that demands real physical and mental toughness from anyone who wants to make a living out of it. And there’s that sense that this is a place very far from the locus of power and lawmaking. It’s so far away that people can easily feel that the powers that be have no knowledge of their daily lives, and so if they want there to be a law to their society, a set of rules that makes their society function, they have to come up with those themselves.

Do you have any Westerns you would recommend?

I love Lonesome Dove. That’s what started me off on the genre. There’s so much to it, how McMurtry manages to write this huge, sprawling epic and yet keep you utterly connected to every character. I don’t even know how many main characters there are—a dozen? And yet you’re completely hooked by every one. And I love True Grit, which is completely the opposite. It’s first person. It’s a very tight, tight, tight focus. It’s not sprawling—it’s brief and concise, and every sentence pulls its weight. And I love The Sisters Brothers for something a bit more modern. I thought that was just great for showing a slightly twisted perspective on the whole genre.

I’m kind of on the borderline. I don’t think I can call myself Irish in the sense that my husband can—he’s from Dublin, from a very old neighborhood; his family traces back there probably past the Vikings. That’s real, rooted, proper Irish. But on the other hand, I’m culturally more Irish than I am anything else. Dublin’s the only city where I can tell you where to get a good pint and what bus route will take you from A to B and where not to go after dark and what every different accent means in social terms. I’m from Dublin more than anywhere else, but I’m definitely not a proper Dub. And it makes a difference to perspective.

Why did you decide to make Cal an American?

If I’m writing something with a Western tinge, there’s the stranger in town. He shows up in so many Westerns, rolling into the saloon with a secret or two under his belt. And if he’s going to be an outsider, he couldn’t be Irish, because the Irish are all connected in one way or another. Say I’d made him from Dublin. OK, maybe he didn’t know anyone in Ardnakelty, but his mom would have worked with someone from there, or he would have gone out with a girl from there once, and within an hour the town gossip would place a connection and it would have been used to define him—and once you’ve defined the outsider, he doesn’t have that same power to disrupt.

With everything that’s been going on in the United States this summer, I’ve been thinking about how so many of the books we read are told from the perspective of the police.

That was definitely in my mind when I was writing The Witch Elm. I had written six novels from the point of view of the detective, and that is not the only or the most important perspective in any police investigation. You’ve also got the victim, you’ve got the suspect, you’ve got the witnesses, you’ve got the killer. And all of their experiences are as vivid, as intense, and as important as the detective’s.

With The Searcher, Cal isn’t a detective anymore because he has come to feel that either he or the job itself cannot be trusted to do what he wanted from it, which was to make the world a better place. And that’s why he’s no longer a detective, even though he does get drawn back into that role—the old gunslinger comes out of retirement for one more mission.

One of the things I like about Westerns is that they’re very focused on the idea of right and wrong and its complexity. The fact that mostly good people sometimes do bad things, and that doesn’t make it OK. And mostly bad people sometimes will do good things, and that’s not necessarily redemption. With Cal, I was aiming to have that complexity. It’s not as simple as he is a good guy, he has made the world a better place, or he is a villain, he is evil, everything he does makes the world worse. There isn’t necessarily going to be the clarity that we want.