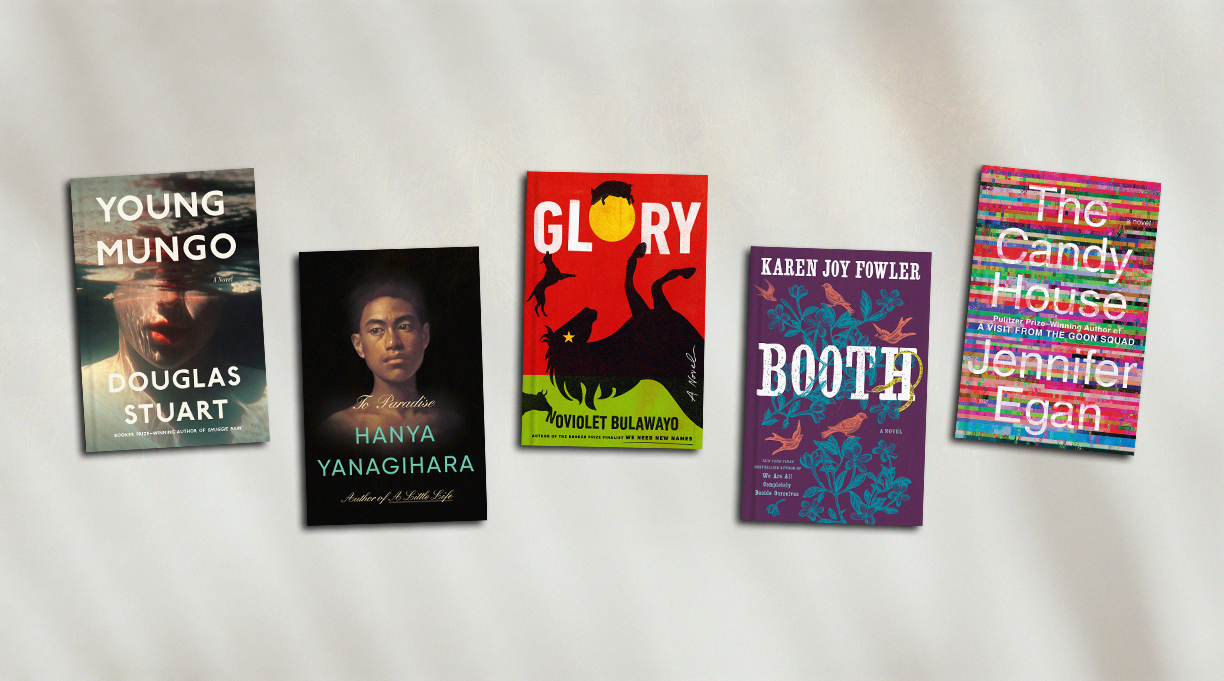 Background by Bernard Hermant on Unsplash

The reading life is a marathon, not a sprint, and no sooner do we pass one mile marker than the next leg of the race is upon us. That’s how I always feel as January rolls around; there’s no time to bask in the glow of last year’s books—I wrote about some of my 2021 favorites in the Dec. 1 issue—when a new year brings new releases of its own. Here are five novels that I’m especially excited to get my hands on in 2022.

To Paradise by Hanya Yanagihara (Doubleday, Jan. 11): Yanagihara’s Kirkus Prize–winning 2015 novel, A Little Life, is one of those books I recommended far and wide, but with an asterisk: “Prepare to be devastated.” This is one intense novelist, and our reviewer says her 720-page new novel—comprised of three distinct sections set in 1893, 1993, and 2093—is “gigantic, strange, exquisite, terrifying, and replete with mystery.” Ready or not, here we go.

Glory by NoViolet Bulawayo (Viking, March 8): It’s been nearly 9 years since We Need New Names, the powerhouse debut by Zimbabwe-born novelist Bulawayo, won multiple literary awards and was a finalist for the Booker Prize. With a tip of the hat to Orwell’s Animal Farm, Glory is set in a fictional nation populated by animals that have finally slipped the yoke of repressive dictator Old Horse, who has ruled for decades. Inspired by the fall of Robert Mugabe, it promises an incisive parable for our times.

Booth by Karen Joy Fowler (Putnam, March 8): I was absolutely bowled over by Fowler’s last novel, We Are All Completely Beside Ourselves, winner of the PEN/Faulkner Award and a finalist for the Booker Prize in 2013. She’s back with an epic about a complex family of the 19th-century American theater that is best remembered today for its problem child: John Wilkes Booth, assassin of President Abraham Lincoln. I’m expecting rich, complicated, troubling historical fiction—my favorite kind.

Young Mungo by Douglas Stuart (Grove Press, April 5): Few novels have broken my heart and transfixed me as completely as Stuart’s debut, Shuggie Bain, winner of the Booker Prize in 2020. In his new novel, the author returns to the working-class Glasgow setting of that book to introduce Mungo and James, two queer young men who fall in love despite the Protestant-Catholic divide that separates them and the violent male gang culture of the housing projects where they live. I’m prepared to have my heart broken—and buoyed—all over again.

The Candy House by Jennifer Egan (Scribner, April 5): I’m pretty sure there’s nothing Jennifer Egan can’t do, so a follow-up to her influential Pulitzer Prize–winning 2010 novel, A Visit From the Goon Squad? Hell, yes. Egan being Egan, this is not a traditional sequel, of course—she calls it a “sibling novel”—but it promises to revisit some peripheral characters from the earlier novel and expand upon their stories with a scope and emotional wallop equal to its predecessor.