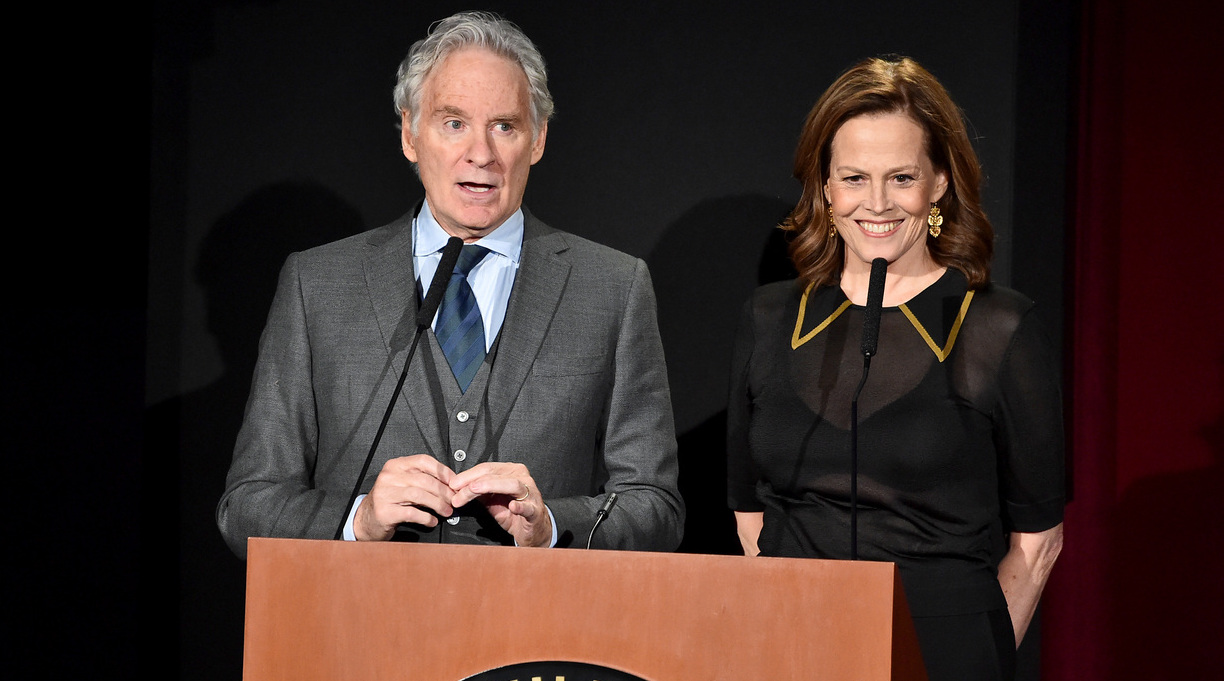 Roadside Attractions released a trailer for The Good House, the upcoming movie based on Ann Leary’s novel.

The film, scheduled for release next month, stars Sigourney Weaver and Kevin Kline. The actors previously starred together in the films Dave and The Ice Storm.

Leary’s 2013 novel follows Hildy, an alcoholic real estate agent in Massachusetts who begins a romance with Frank, a handyman whom she dated in high school. The book was a bestseller; in a starred review, a critic for Kirkus wrote, “Despite getting a little preachy toward the end, Leary has largely achieved a genuinely funny novel about alcoholism.”

In the trailer, Weaver approaches Kline with the news that a lawyer wants to buy his waterfront lot. “Do you ever answer your phone?” she asks him. “No,” he deadpans.

In another scene, Weaver walks into an intervention being held for her. “Well, if we’re really going to do this, I need a drink,” she quips, to the horror of those gathered.

The trailer ends with a shot of Weaver and Kline in bed. “My girls really like you,” she says, to which Kline replies, “They’re good girls.”

“I was talking about my dogs,” she clarifies, as the camera cuts to a papillon and a border collie staring up at the couple.

The Good House is written by Maya Forbes, Wallace Wolodarsky, and Thomas Bezucha, and directed by Forbes and Wolodarsky. Other cast members include Morena Baccarin, Rob Delaney, and David Rasche. It’s scheduled to hit theaters on Sept. 30.