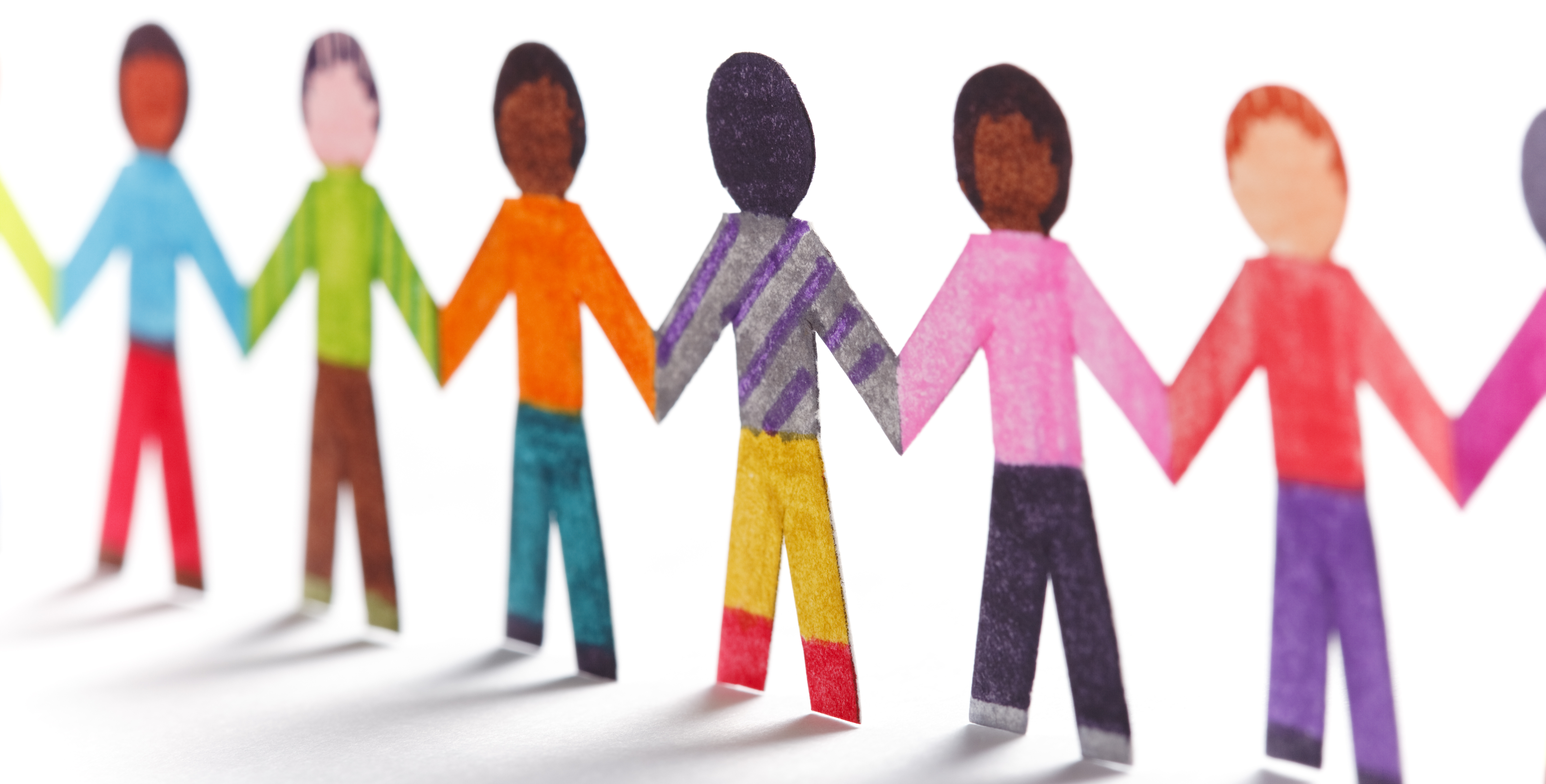 It’s a little word but a potent one.

About six or seven months ago, Kirkus started identifying characters in children’s and teen books by identity and/or race—all the time. And it hasn’t been easy.

It’s been commonplace, if not exactly standard practice, to include racial identifiers for nonwhite characters for decades now in book reviews, especially if a book deals in some way with race. Our review of Mildred Taylor’s 1975 novel, Song of the Trees, for instance, says that it “is based on one of the true stories the author's father used to tell about growing up black in Depression-era Mississippi” in the very first sentence. Similarly, our review of Laurence Yep’s Dragonwings, published in the same year, indicates that the protagonist’s father is “based loosely on an actual Chinese-American aviator.” Conversely, if the reviewer felt that race was not germane to the story in some way—or, perhaps, felt that the author’s identity made it clear—it might go unmentioned, as in our review of Virginia Hamilton’s 1975 Newbery–winning M.C. Higgins, the Great.

Our approach has been variable ever since. I recall having a conversation with my predecessor when I was still a freelancer for Kirkus about whether I should mention that a character in a book that did not touch explicitly on race was black. On the one hand, a child is a child is a child—race shouldn’t matter. On the other hand, I remembered working as a children’s librarian in Memphis and scouring reviews for any evidence that a book was about a black child, since my shelves were groaning with books about white kids and my young readers were almost all black. Complicating things was an insidious third hand: if I did identify the character as black, was I sending a message that might cause some not to buy the book? Oh, dear.

But as the conversation surrounding diversity in children’s literature has heated up, I’ve felt more and more that naming race and identity is one of the duties of a reviewer. Parents and caregivers of children of color want books that reflect their children, as do librarians and teachers serving children of color. Much of the conversation at a diversity summit I attended at the Texas Library Association conference last year revolved around how readers can find the diverse books that are already out there. Yes, a book about the civil rights struggle, the Trail of Tears, or the Japanese internment camps announces race or identity in its subject, but what about books in which children of color are just regular kids?

Over and over, I’ve heard from parents, librarians, teachers, and kids themselves that it would be wonderful to read books about black kids, or Indian kids, or Native American kids who are just being kids instead of being oppressed in some way. Just as my Jewish brother-in-law wanted to give his daughter books in which a Jewish character was not being banished, beaten, burned at the stake, or gassed but just living life, these adults want to give their children stories that might reflect their lives, to give them Muslim Henry Hugginses or Latina Ramona Quimbys. And the corollary is just as important: white kids should see that kids of color live regular lives, that they are not frozen in some long-ago strife or current villainy/misery.

Resolved to help our readers find those books, I redoubled our efforts to systematically add that information to our reviews. But this resolve also has a corollary: what to do about all the books about white people?

It’s a truth those of us in our largely white industry were forced to see over 50 years ago, when Nancy Larrick decried “The All-White World of Children’s Books.” It’s a truth that is reinforced every year by the Cooperative Children’s Book Center at the University of Wisconsin in Madison, which found that of the 3,400 children’s books they received in 2015, only 501 were about African/African-Americans, American Indians/First Nations, Asian-Pacifics/Asian-Pacific Americans, or Latinos; only 355 were by creators from those categories. Yes, many of the 2,899 books remaining were about bears, robots, cars, and other nonhuman creatures, but a shockingly disproportionate number were by and/or about white people.

I say “shockingly disproportionate,” because the American audience for these books is rapidly closing in on the moment when it will be majority-“minority.” Preschoolers already are. Children in public schools already are. So when I imagine the readers of Kirkus Reviews, I am imagining an audience that is increasingly concerned with buying books for children who are not white. There’s my former self in Memphis, as well as parents and librarians in such places as Los Angeles County, where 14.3 percent of public school students are white, and Chicago, where 9.4 percent of public school students are white. Their daily, lived reality is not one in which the norm is white, so it seems that they shouldn’t have to guess when they are reading book reviews whether or not any given title is about a white character or characters.

I realize that this is going against a centuries-old tradition in literature written in English, which from its inception has assumed that both audience and characters are white unless stated otherwise. From before it appeared on European maps, however, America has been a multicultural place, but when literature written in English arrived on its shores along with smallpox, it did not adjust to its new reality. Characters in the earliest American literature are assumed to be white unless they are savages, blackamoors, or any number of other dehumanizing words. Our literature was coded so that it was populated by people, that is to say white people, or nonhumans. We’ve gotten better, for the most part, but white is still our default, so now we have literature populated by people and Other people.

Christopher Paul Curtis brilliantly upends this default in Bud, Not Buddy when Bud goes to the library and sees a “white lady” at the circulation desk. All the people Bud has encountered up to this time have been either named or described in the generic: “guy,” “woman,” “boy,” “kid.” When Bud first makes readers realize that “white” is somehow different, it causes them to re-evaluate all the other assumptions they may have made about characters they’ve already met, as well those they will meet: they are black unless specified otherwise. When I bumped into that “white lady,” I thought to myself, “Is this what happens to black readers all the time?” Readers who are not of a book’s default identity are at least temporarily forced into what W.E.B. Du Bois called double-consciousness: “this sense of always looking at one’s self through the eyes of others.”

So to reflect the fact that large swathes of the audience of the books that we are reviewing are not white—and that not all of our own readers are white—in the fall of 2015, we started naming white characters as well as characters of color when describing humans (or humanoids, where applicable—children’s literature contains multitudes).

There’s the fear of getting it wrong, which we’ve done, as when we misidentified Eric and Terry Fan's Asian, eponymous Night Gardener as white (see our March 1, 2016, issue for more).

It hasn’t been universally popular. A commenter on the Reading While White blog expressed suspicion of the lens we were using when we asserted that the narrator of Louise Hawes’ The Language of Stars is “presumably white.” A number of publishers have contacted me privately in varying degrees of dismay and/or anger. One of my newest reviewers of color protested energetically, saying that unless race is a factor in the story, “there is no reason at all to mention race in a review.” And one of our readers expressed the concern that “a title may receive a sub-par review if it does not feature minority characters even if it is an exceptional book in all other aspects.”

(The short answer to this last is no, as I hope recent starred reviews of Wolf Hollow, The Seventh Wish, Flora and the Peacocks, With Any Luck I’ll Drive a Truck, The Loose Ends List, and more attest. The long answer will, mercifully, wait till another column.)

But a recent Twitter exchange begun by Linda Sue Park to bring attention to what she called Kirkus’ “brave act of fairness” has garnered a decent number of thumbs-ups and retweets, including Laurie Halse Anderson’s enthusiastic second: “FABULOUS!!! Let’s chop that default button into bits—it hurts all readers!”

That’s why we’re doing our best to rewrite it.

Vicky Smith is the children’s and teen editor.