Winner of the Story Prize Is Revealed 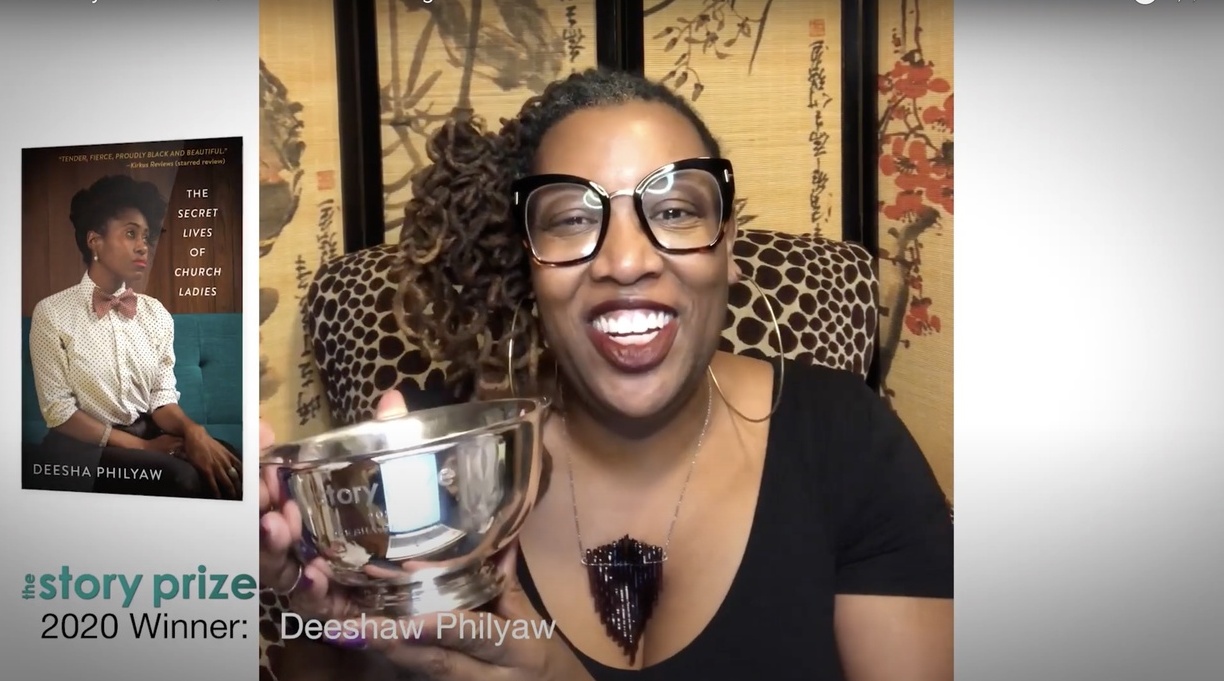 Deesha Philyaw has won the 2021 Story Prize for her collection The Secret Lives of Church Ladies.

“Thank you to my ancestors, those known and unknown,” Philyaw said, accepting the award in an online ceremony. “To the many readers, bookstagrammers, book clubs, independent booksellers, and reviewers who have embraced The Secret Lives of Church Ladies, thank you.”

In a statement on the Story Prize website, the award’s organizers said, “This is the first time that The Story Prize winner has been published by a small or university press and only the fourth time a debut collection has taken the top prize.”

Philyaw’s book is published by West Virginia University Press. It became a breakout hit for the publisher after it was released last September, garnering rave reviews, and was named a finalist for the National Book Award and the PEN/Faulkner Award for Fiction.

A reviewer for Kirkus praised the collection, writing, “No saints exist in these pages, just full-throated, flesh-and-blood women who embrace and redefine love, and their own selves, in powerfully imperfect renditions. Tender, fierce, proudly Black and beautiful, these stories will sneak inside you and take root.”

In January, actor Tessa Thompson announced that she plans to adapt Philyaw’s book into a television series for HBO Max.

Philyaw (who also contributes to Kirkus Reviews) beat out two other finalists, Danielle Evans’ The Office of Historical Corrections and Sarah Shun-lien Bynum’s Likes, to take home the award.

The Story Prize, which comes with a $20,000 cash award, was established in 2004. Previous winners have included Edwidge Danticat for The Dew Breaker, Elizabeth McCracken for Thunderstruck, and Lauren Groff for Florida.