Winners of the National Book Awards Are Revealed 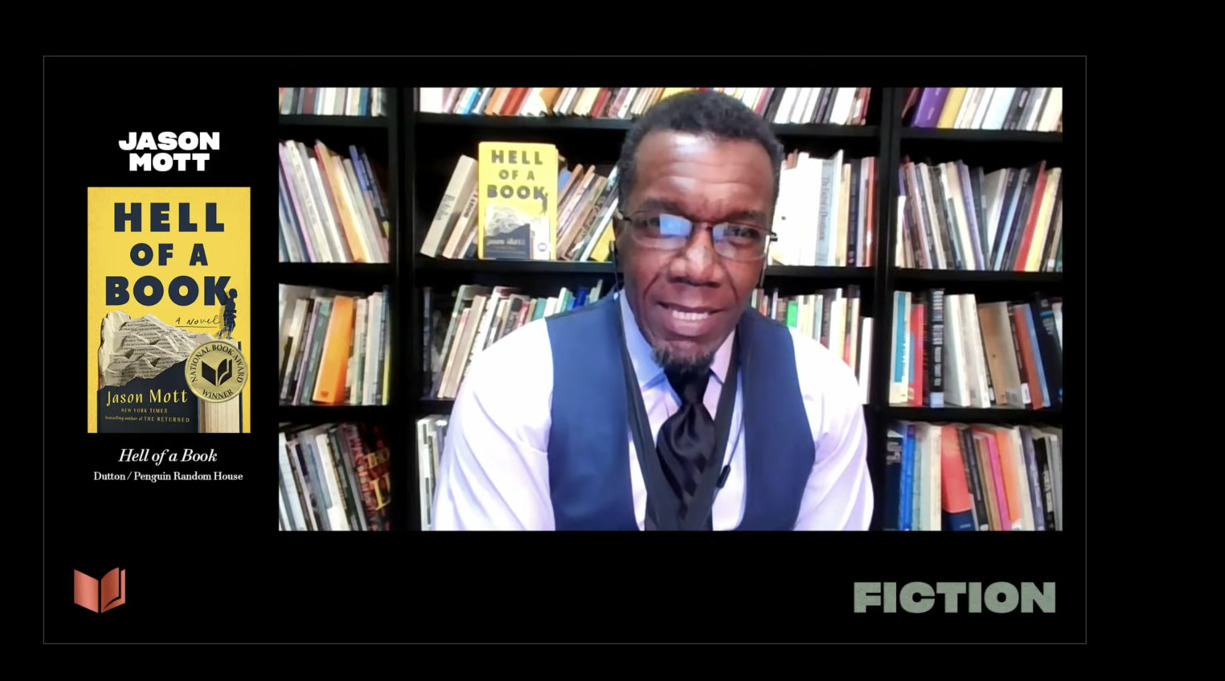 The winners of the 2021 National Book Awards were announced at a virtual ceremony Wednesday evening, with Jason Mott and Tiya Miles among the authors taking home the prestigious literary prizes.

Mott took home the fiction prize for Hell of a Book, about a Black author’s book tour across the country. “I would like to dedicate this award to all the other mad kids, to all the outsiders, the weirdos, the bullied, the one so strange they had no choice but to be misunderstood by the world and those around them, the ones who, in spite of this, refused to outgrow their imagination, refused to abandon their dreams, and refused to deny, diminish their identity or their truth or their loves, unlike so many others,” he said.

Miles won in the nonfiction category for All That She Carried: The Journey of Ashley’s Sack, a Black Family Keepsake, which was also a finalist for this year’s Kirkus Prize. A Kirkus critic called Miles’ book “a strikingly vivid account of the impact of connection on this family and others.”

The prize for translated literature went to Winter in Sokcho by Elisa Shua Dusapin, translated by Aneesa Abbas Higgins. In a starred review, a critic for Kirkus called Dusapin’s debut novel “a triumph.”

The winner in the young people’s literature category was Malinda Lo for Last Night at the Telegraph Club, a historical young adult novel about a young, queer Chinese American woman in 1950s San Francisco. In her acceptance speech, Lo noted that many books with LGBTQ+ themes have come under attack by right-wing politicians in recent months. “2022 is coming, and we need your support to keep our stories on the shelves,” she said. “Don’t let them erase us.”

The National Book Foundation also presented two special awards: the Literarian Award, which went to librarian Nancy Pearl, and the Distinguished Contribution to American Letters medal, which was given to novelist Karen Tei Yamashita.

The ceremony was hosted by author, actor, and comedian Phoebe Robinson, who broadcast her segment from the Penguin Random House building. In a humorous monologue, Robinson referred to herself as “a host/nominee,” before miming that a producer was speaking to her via an earpiece. “I’m not nominated this evening? For anything? Huh. You sure?” she said, with faux surprise.

Later, after extolling the nominees and honorees in a heartfelt speech, Robinson quipped, “As for me, next time I’m going to submit my book under Roxane Gay’s name and get myself a nomination.”