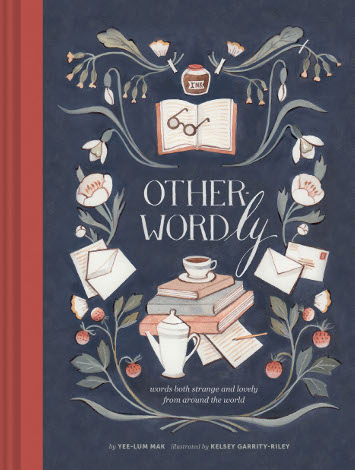 Books about words are not for everybody, but for many readers—and I am one of them—they are sheer joy. If you are a lover of words as well as a lover of books, this harvest season has a bumper crop of delights for you.

In September, Oxford University Press observed Roald Dahl’s 100th birthday with the Oxford Roald Dahl Dictionary, a positively whoppsy-whiffling compendium of words, both the scrumdiddlyumptious ones the master made up and those usually found in ordinary dictionaries, which are no less delumptious for all their mundane origins; when you think about it, “festoon,” “gape,” and “teeter” are pretty yummy too.

October sees a cluster of three, each quite different from the other.In Other-Wordly, author Yee-Lum Mak celebrates words that are “bigger, stranger, and fuller than the words we use every day,” such as “hoppípolla,” an Icelandic verb for jumping in puddles, and “hiraeth,“ a Welsh noun that means, “a homesickness for a home to which you cannot return.” Complemented by Kelsey Garrity-Riley’s witty, muted illustrations, this slim collection is enough to cause any word lover to dirl. (That’s Scots, for “to thrill.”)

Illustrator and cartoonist Christoph Niemann offers over 300 Words, one to a page, each illustrated by a cartoon that will cause readers to step back and think. Most of the words are commonplace (“school”; “finger”), but there are some humdingers (“lollygag”; “dollop”), and the clever cartoons frequently offer interpretations that raise their subjects well above the ordinary. The final square of toilet paper leaving the empty tube behind that illustrates “end,” for instance, prompts existential inquiry.

And The Emotionary, by Eden Sher and illustrated by Julia Wertz, gives readers new words to describe their feelings. There’s “blatharsis,” or “the sensation of having a revelatory cathartic moment, only to realize later it did not really mean anything,” and (one of the book’s “fleeting moments of happiness”) “incredulation,” or “the surprised excitement of having something go exceptionally well.”