Yes, You Can Read Short Stories in Shuffle Mode 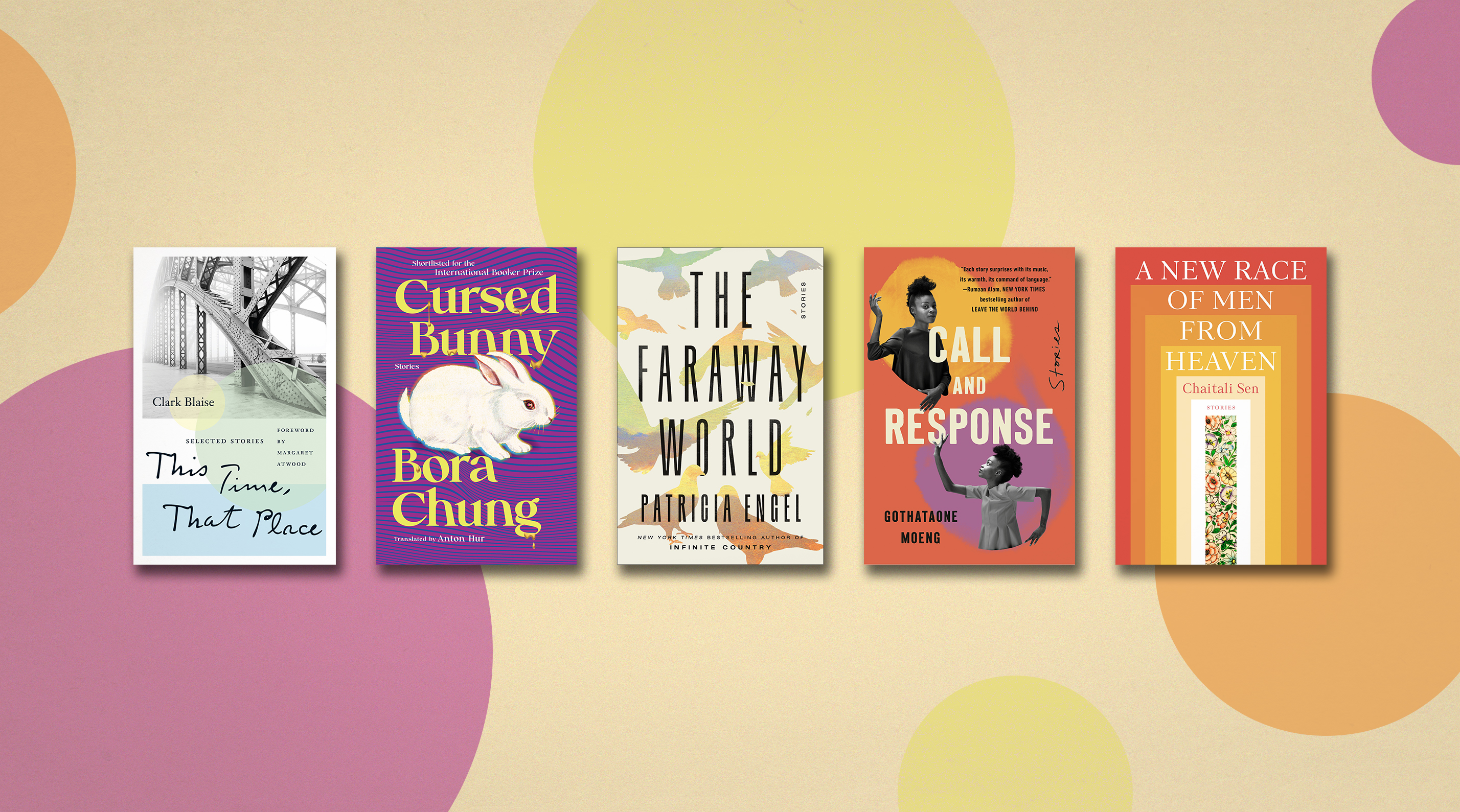 If you made that common New Year’s resolution to read more in 2023, it would be a great idea to start with some short story collections. I’m a completist, someone who hates leaving books unfinished, but I’m also often overwhelmed by all the new books I can’t wait to read, so I’m trying an experiment this January: reading just a few stories from a number of different books. Here are some of the ones on my pile:

This Time, That Place by Clark Blaise (Biblioasis, 2022): Blaise is a name I’ve known for years but never read, and this career-spanning retrospective is a great place to start. Born in North Dakota to Canadian parents, he’s lived in both Canada and the U.S. with his late wife, Bharati Mukherjee, and our review says his work “can feel old-fashioned, but in a good way. The stories have an autobiographical buzz and intensity.” We call the stories “fiercely and smartly observed; Blaise is, as Margaret Atwood puts it in her foreword, ‘the eye at the keyhole…the ear at the door.’ ”

Cursed Bunny by Bora Chung; translated by Anton Hur (Algonquin, 2022): Who can resist a title like that? This is South Korean author Chung’s first book to be translated into English, and it was shortlisted for the International Booker Prize. There’s a woman who finds a talking head in her toilet and another who gets pregnant from taking too much birth control medication. “Women’s bodies are literally disfigured by social expectations or cultural pressures,” according to our starred review. “Money, old age, technology, and intergenerational trauma ruin plenty of things, too.…Whether borrowing from fable, folktale, speculative fiction, science fiction, or horror, Chung’s stories corkscrew toward devastating conclusions—bleak, yes, but also wise and honest about the nightmares of contemporary life.”

A New Race of Men From Heaven by Chaitali Sen (Sarabande, Jan. 17): In her first book of short stories, following the novel The Pathless Sky (2015), Sen creates characters in search of connection. “In these stirring, understated stories, the intersections of ethnicity, religion, and gender raise the stakes for the characters—so that when the reasons for their disconnection are finally revealed, it’s often a double whammy,” according to our starred review. “Almost every story here is a study in restraint, Sen’s considerable talent evident in her ability to wring meaning from the smallest details.”

The Faraway World by Patricia Engel (Avid Reader Press, Jan. 25): The stories in Engel’s latest collection take place in New York, Cuba, and Colombia, and most “have a pair of characters at the center, the intersection of their lives sizzling like crossed wires,” according to our starred review. There’s a 16-year-old girl who has to deal with her twin sister’s disappearance and a manager of a Home Depot in upstate New York who has a Colombian mail-order bride. Our review says, “You wouldn’t think a relationship that starts out with ‘To be honest, all the girls on the website looked really similar,’ and ‘It didn’t bother me to sleep with him’ is going to turn out to be a love story”—but it is.

Call and Response by Gothataone Moeng (Viking, Jan. 31): This debut from Botswanan writer Moeng examines the experiences of women at different stages of life; there are schoolgirls, college students, women with young children, and widows, all grappling with “the inevitable question of how to live,” according to our starred review. “A lovely debut brimming with deeply felt and well-rounded stories.”