Author of SAY NOTHING 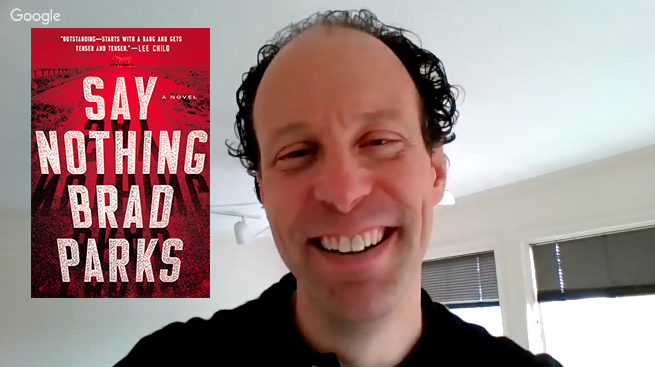 In Brad Parks’ new thriller Say Nothing, judge Scott Sampson doesn’t brag about having a perfect life, but the evidence is clear: a prestigious job. A beloved family. On an ordinary Wednesday afternoon, he is about to pick up his six-year-old twins to go swimming when his wife, Alison, texts him that she’ll get the kids from school instead. It’s not until she gets home later that Scott realizes she doesn’t have the children. And she never sent the text. Then the phone rings, and every parent’s most chilling nightmare begins. A man has stolen Sam and Emma. For Scott and Alison, the kidnapper’s call is only the beginning of a twisting, gut-churning ordeal of blackmail, deceit, and terror; a high-profile trial like none the judge or his wife has ever experienced. Their marriage falters. Suspicions and long-buried jealousies rise to the surface. Fractures appear. Lies are told. “The nerve-shredding never lets up for a minute as Parks picks you up by the scruff of the neck, shakes you vigorously, and repeats over and over again till a climax so harrowing that you’ll be shaking with gratitude that it’s finally over,” our critic writes in a starred review.