The Dos and Don’ts of Crafting a Killer Mystery 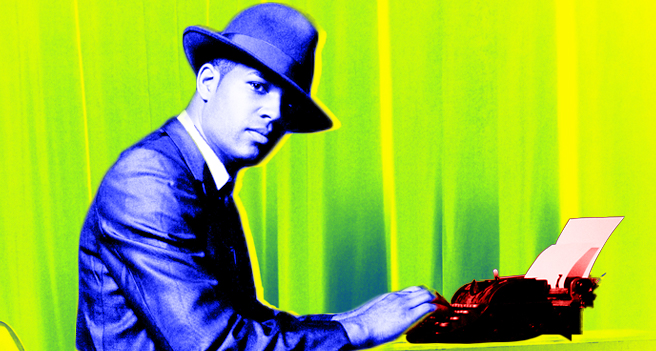 Mysteries—and their compatriots, thrillers and psychological suspense—are loved by readers for their complexity. They can be by turns moody, hilarious, fun, and twisted. Their plots are puzzles, and their characters are rarely who they seem to be at the outset. In short, this genre is the perfect playground for writers with dark and vivid imaginations. But they also present their own challenges in terms of plotting, planning, writing, and striking that fine balance between presenting a deft clue or clever red herring and firmly beating a reader over the head with the painfully obvious.

Considering writing a mystery? We’ve compiled a list of our favorite dos and don’ts to help get you started.

It’s been said that there are two kinds of writers: those who plan their books (plotters), and those who relish the fine art of flying by the seat of one’s pants (pantsers). While pantsing can certainly create some unique spins and surprises as you’re writing, the most important element of a good mystery novel is a solid and well-thought-out structure.

But that doesn’t mean you have to outline down to the very last detail. Some very popular authors are able to strike a balance between the two by plotting the key story beats and pantsing the colorful work in between. As Mary Higgins Clark told GoodReads, “I have to know the ending. I have to be sure that the killer is well motivated and believable, but then it’s as though I’m going from New York to California. In the beginning, I’m not sure if I’m going by way of the South, or from Canada. The point is: I know where I’m going.”

One of the toughest parts of writing a mystery is carrying your hero or heroine from clue to clue. You need to provide enough context and detail to build suspense and make the story’s timeline realistic, but too many mundane details can drag a book’s pace down. Every hour your protagonist spends scouring the crime scene or combing through old police files doesn’t need to translate to an hour of your reader’s time. Make sure your scenes all have purpose.

“Write like there is a knife against your throat,” bestselling author Harlan Coben says in Publishers Weekly. “The knife is right there and if you bore us, flick, you’re dead. Write with that kind of energy. Make every word count. The great Elmore Leonard said it best: ‘Try to leave out the part that readers tend to skip.’”

Dump your clues all in one place.

Like a good seasoning, clues should be sprinkled only where they are needed. Incorporate them into your plot with intent, and avoid overconcentration in one area. You don’t want to reveal whodunit too early, but you also risk losing your readers if they have to wait until the last chapter to collect half your puzzle pieces.

Also keep in mind that while physical clues (e.g., forensic evidence) are necessary for your protagonist to navigate the story, you should also use verbal cues between characters (allowing readers to try and establish motives) and thematic clues (foreboding signals like nighttime, storms, seclusion, the woods, a lake) that can be carefully planted to either identify danger or mislead the reader away from the killer.

Be afraid to use humor.

“Suspense doesn’t have any value unless it’s balanced by humor,” Alfred Hitchcock is quoted as saying. You can help to keep an even pace throughout your book if you contrast the tense, suspenseful scenes with moments of relaxation and laughter.

Think of your mystery plot like a rollercoaster: the riders need those few moments of flat track to catch their breath and get excited again before the next slow climb and terrifying drop. You want your readers to enjoy the ride, and tension always has more impact when it is counterbalanced by humor and moments of normalcy in the lives of the characters.

Rely on stereotypes or tropes.

Part of the experience of reading mysteries and thrillers comes from being surprised. And there is nothing surprising whatsoever about character stereotypes—the cynical PI, the wise old retired police chief, the damsel in distress. Unless you’re planning a twist—complicating those stereotypes in a way that’s fresh or funny—to flout readers’ expectations, take the time to imagine and develop your characters in a way that is uniquely your own.

Similarly, sometimes when a plot twist occurs to writers, they are sure it’s completely original. But what if your reader has already seen that trick? In an article for Writer’s Digest called The 5 Cs of Writing a Great Thriller Novel, author James Scott Bell suggests forcing yourself to come up with different options. “There’s nothing like a stunning twist or shock to keep readers flipping, clicking or swiping pages,” he writes. “Part of the fun for readers is thinking a story is going one way, and getting taken completely by surprise. … Pause after every scene and ask yourself: ‘What would a reader expect to happen next?’ Create a list of at least three directions the story might take. Then discard those three and do something different. I call this unanticipation.”

Try to mimic another writer’s style as a shortcut to success.

It’s hard to make this point better than the great Agatha Christie did:

“When you begin to write, you are usually in the throes of admiration for some writer, and, whether you will or no, you cannot help copying their style. Often it is not a style that suits you, and so you write badly. But as time goes on you are less influenced by admiration. You will admire certain writers, you may even wish you could write like them, but you know quite well that you can’t … I have learned that I am me, that I can do the things that, as one might put it, me can do, but I cannot do the things that me would like to do.”

Start with a bang.

The best way to engage your readers immediately is by throwing them right into the action. Any kind of “normal day” should very quickly turn into something shocking. Don’t let your readers get bored.

Give your villain their own plot.

Make sure your villain has their own story arc and motivations. Simply baiting your protagonist isn’t enough. As Roseanna M. White says, “The best sort of villain is smart and subtle and so very tricky that you don’t even know he’s the villain, because he thinks himself the hero in his own story.”

Give your main character some actual character.

It’s important for readers to not only like your protagonist but relate to them. To make them human, use secondary plots centering their homelives or their flaws and personal struggles. “Your reader must care about the victim, the murderer, or the investigator in your story,” bestselling author A. J. Waines told Cosmopolitan. “In order to feel connected, they must be able to see a little of themselves in the main characters. Give them something to hide to make them interesting. You could even consider an ‘unreliable narrator,’ such as someone who has lost their memory or who is manipulative in some way, so the reader doesn’t know who to believe.”

Treat murder and death with respect.

Most professionals who deal with death regularly still have respect for the lives lost. Compartmentalizing and “whistling in the dark” are usually just coping mechanisms used to grapple with constant exposure to ugliness. (Note that this can play havoc on the personal lives of investigators and police, so what better way to incorporate our suggestion above?) Allow your readers to feel that same conflict and distress along with your characters.

Put in the hard work.

“My big gripe about newer writers is they’re not willing to put the time in,” Sue Grafton told Reader’s Digest. “Somebody’ll write one book and they’re asking me who my agent and my editor are, and I’m thinking, Don’t you worry, sweetheart, you’re not any good yet. Give yourself time to get better. Writing is really hard to master. You learn by failing over and over, but a lot of people don’t care for that, thanks. I always wish new writers the greatest good fortune. It’s a helluva journey—I’ll tell you that.”

While it may take you many drafts—and even many books—to learn the intricacies of mystery plotting, try to embrace the journey and have fun. No writing is “wasted,” even if it never leaves your computer. The joy and excitement you feel during the act of creation will translate to your pages, and your book will be better for it.