THE SONG WITHIN MY HEART
by David Bouchard, illustrated by Allen Sapp
CHILDREN'S
Released: Oct. 1, 2015
NAMED ONE OF THE BEST BOOKS OF 2015

THE SONG WITHIN MY HEART
by David Bouchard, illustrated by Allen Sapp
"A stunning picture book that celebrates life, family relations, and determination to preserve traditions and heritage. (artist's note) (Picture book. 5-11)"
A heartfelt intergenerational story about knowing and preserving heritage and love between elders and young ones. Read full book review > 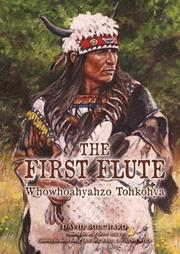 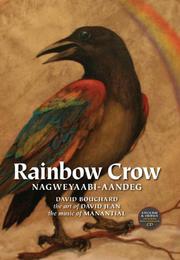 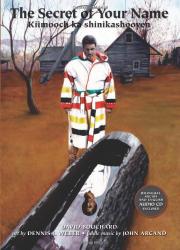 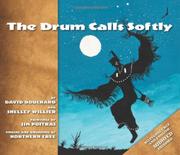 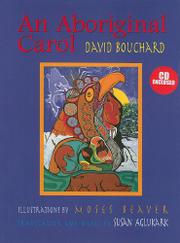 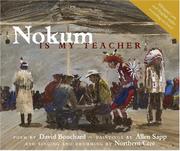 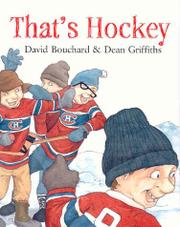 CHILDREN'S
Released: Oct. 1, 2002
THAT’S HOCKEY
by David Bouchard, illustrated by Dean Griffiths
CHILDREN'S
Released: Oct. 1, 2002
THAT’S HOCKEY
by David Bouchard, illustrated by Dean Griffiths
Bouchard trumps our expectations in this winsome tale of how they play hockey in the Far North. It's winter, it's Canada, and the sport is, of course, hockey. On a visit to Cousin Etienne's farm, the narrator is stoked for a weekend full of hockey. But wait: "Where are our skates? Our pads and gloves," asks the narrator. "That stuff's for city kids," Etienne says. "We play real hockey here. No skates. No pads. No helmets. Just a number nine sweater." (For the uninitiated, that's Rocket Richard's number when he played with the Montreal Canadiens.) We're talking street hockey—a nice twist and a subtle jab at the purists—and the kids have a blast, a hard-playing, high-scoring, play-'til-you-drop blast. The narrator even gets the pleasure of showing some nice moves and gaining the respect of the other players, in a sport where respect is never a given. Then, just to throw another move on his audience, Bouchard (Qu'appelle, above, etc.) reveals that the narrator is a girl, now a woman passing on the old number nine to her daughter. Those hats and clothes have masked her gender throughout, thanks to Griffiths's (Give Maggie a Chance, not reviewed, etc.) clever art. He really gets into the spirit of the lark; the contestants are gamesome, open-mouthed, and good-natured, for in Bouchard's story there are no winners or losers, just a bunch of kids who play on and on until the dinner bell calls. (Picture book. 4-8)Read full book review > 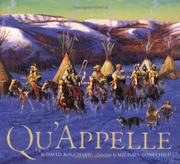 FICTION
Released: Oct. 1, 2002
QU’APPELLE
by David Bouchard, illustrated by Michael Lonechild
FICTION
Released: Oct. 1, 2002
QU’APPELLE
by David Bouchard, illustrated by Michael Lonechild
Bouchard (That's Hockey, below, etc.) uses his childhood recollections to preserve an old legend in written form. Two children, Ikciv and Witonia, forge a friendship and love that brings them into adulthood. When Ikciv is called to war, Witonia falls ill. As he bravely fights, her village mourns her. Once he returns and finds his beloved gone, he sets out in search of her. It's believed that it is her voice that calls out for her loved one and his that responds, "Who calls?," which in French is "Qui Appelle." With a gentle rhythm, the romanticized legend is recounted in un-rhyming stanzas that flow effortlessly from one to another, with an uneven rhythm that is less poetic than narrative. Lonechild, a Cree artist who drew upon his own memories of the Saskatchewan prairie and its images, has created boxed paintings to illuminate each page of the recounting. Rich with the greens and lush colors of the prairie in all its seasons, the illustrations are vivid in detail and speak with images of the days of which Bouchard speaks. One might have wished for the designer to allow these works the full page, but the effect is that of an art catalog: lovely, but leaving the reader wishing for more. A poet's note explains the origin of the legend and the importance of the Qu'Appelle Valley. Few offerings of poetry from the Native American community are available, making the inclusion of this accessible narrative poem a thoughtful selection for most libraries. (Poetry. 10+)Read full book review > 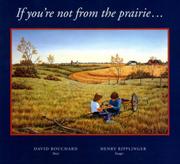