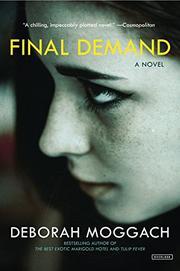 FICTION & LITERATURE
Released: June 6, 2017
Reviewed: March 21, 2017
FINAL DEMAND
by Deborah Moggach
FICTION & LITERATURE
Released: June 6, 2017
FINAL DEMAND
by Deborah Moggach
"Going inside the mind of a pretty, freckled villain who commits a seemingly victimless crime creates a page-turner with just enough moral ambiguity to ensure an unexpected ending."
When a young woman considers the consequences of stealing from her employer, she doesn't consider that the damage might reach beyond the walls of a prison cell. Read full book review > 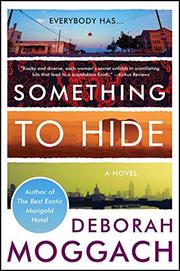 FICTION & LITERATURE
Released: May 3, 2016
Reviewed: Feb. 17, 2016
SOMETHING TO HIDE
by Deborah Moggach
FICTION & LITERATURE
Released: May 3, 2016
SOMETHING TO HIDE
by Deborah Moggach
"Kooky and diverse, each woman's secret unfolds in scintillating bits that lead to a scandalous finish."
The latest from Moggach (Heartbreak Hotel, 2015, etc.) is a hodgepodge of infidelity and other lies that spans four continents.Read full book review > 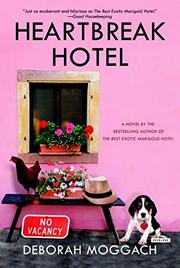 FICTION & LITERATURE
Released: March 3, 2015
Reviewed: Jan. 7, 2015
HEARTBREAK HOTEL
by Deborah Moggach
FICTION & LITERATURE
Released: March 3, 2015
HEARTBREAK HOTEL
by Deborah Moggach
"The theme of love at any age is well-worn territory; here, it's worn in all the right places."
An aging yet charming B&B attracts guests with similar qualities in this follow-up to The Ex-Wives (1993).Read full book review > 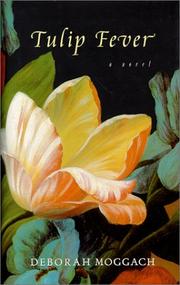 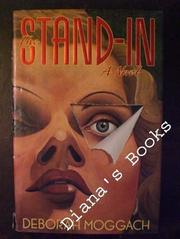 FICTION & LITERATURE
Released: Sept. 10, 1991
THE STAND-IN
by Deborah Moggach
FICTION & LITERATURE
Released: Sept. 10, 1991
THE STAND-IN
by Deborah Moggach
A bleak, blackly comic departure for Moggach, who's done some amusing satiric surgery on assorted contemporary British foibles, and who sympathetically investigated the matter of surrogate motherhood in To Have and to Hold (1987). Here, we have the raw- nerved, jumpy, zigzag, running-on-empty self-narrated chronicle of an English stand-in for a blond American movie star. Much pounding of the heart, grinding of teeth, along with some zaps at the Hollywood scene—all followed by murder and a neat ending twist. Julia Sampson (``Jules'') feels nothing in particular when she first sees Lila Dune—a star ``specializing in daffy, slightly tacky blondes''—filming in London. And nothing in particular is changing in her own acting career (at present she's a fairy godmother in an environmental kids' show) until her resemblance to Lila gets her a stand-in job. Casual conversation with Lila, who's the simple, self-absorbed, offhand kind, bruised by rotten relationships with men, is a one-way street; Lila doesn't take in much from the outside. But a kind of friendship happens, and in America the more intelligent, intellectual Jules begins to guide Lila's rocky boat. Back home, however, Julia had made a mistake in introducing Lila to her dynamite lover, Trevor, whose voltage could melt bones. In the US—New York and Hollywood—something else is cooking Jules's innards—namely an obsession with Lila (``the me I longed to see''). In crazy, secret masquerades, Jules begins to step into Lila's persona. Then guess who Lila's new man—and prospective husband—is.... Lila had said to Jules once, in admiration, ``I sure as hell wouldn't like you for an enemy.'' How true. Some ``severe schizoid'' creepy stuff, ranting and broadax satire, set on both sides of the Atlantic and a place called enigmatically ``Here.'' With a marvelous snap of a windup, an absorbing, inventive chiller, complete with undertones of a sour, wry humor. Read full book review >