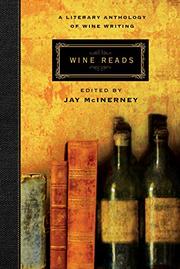 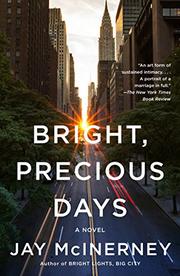 Released: Aug. 2, 2016
Reviewed: May 4, 2016
BRIGHT, PRECIOUS DAYS
by Jay McInerney
Released: Aug. 2, 2016
BRIGHT, PRECIOUS DAYS
by Jay McInerney
"Whether you love him or hate him, this novel is just what you're expecting from McInerney. So he must be doing it on purpose."
McInerney returns to Russell and Corrine Calloway, the protagonists of his last two novels—call it The Adventures of Mr. and Mrs. Fancy Pants, Volume III: The Cialis Years. Read full book review > 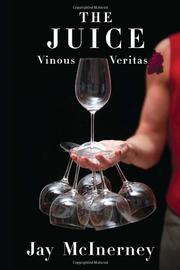 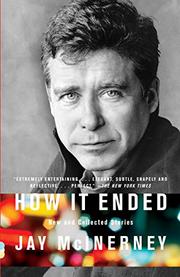 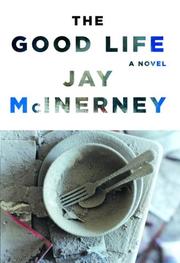 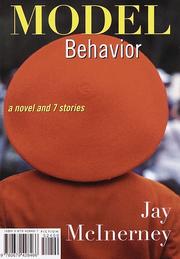 FICTION & LITERATURE
Released: Sept. 27, 1998
MODEL BEHAVIOR
by Jay McInerney
FICTION & LITERATURE
Released: Sept. 27, 1998
MODEL BEHAVIOR
by Jay McInerney
A mordantly funny portrait of the incestuous, fame-addled worlds of publishing and celebrity journalism, as viewed through the eyes of a frantinally lovelorn writer. This is terrain that McInerney (The Last of the Savages, 1996, etc.) knows well, and he writes about it with the assurance and zest of a longtime observer. Connor McKnight's already shaky world begins to dissolve when his girlfriend, temperamental model Philomena, suddenly departs for the coast. Only after she's gone does the usually self-obsessed Connor begin to suspect that she may have left him for good. Not only that, but he's under pressure from his razor-tongued boss at CiaoBella!, a gaudy gossip-and-fashion magazine, to deliver on a profile of the beefcake star of the moment, Chip Ralston. Problem is, Ralston keeps ducking him. Even worse, Connor's beloved older sister Brooke, a brilliant physicist, is sinking into anorexia in the wake of her divorce from a famous scientist. Connor's frantic attempts to track down Philomena fail, and his mood isn't improved by the antics of his best friend Jeremy, a dour, colorfully neurotic writer dreading the publication of his new novel. (In one of the book's many ironies, Jeremy, the only character who loathes celebrity status, has it thrust upon him in the wake of a confrontation with a pair of truculent meat-eaters at a trendy hotspot.) It's Thanksgiving, and Brooke and Connor's upper-class, blithely alcoholic parents come to town for a family gathering, providing McInerney with the material for a hilarious dinner. Connor's life sinks to its nadir when he discovers that the reason Chip has been avoiding him is that he's off with Philomena. Still, there's a marginally happy ending for Connor—though the pleasure here is in the journey: McInerney has produced a pitch-perfect skewering of our star mad times, displaying wonderful comic timing in the process. The volume also includes seven (generally rather somber) stories, touching on the themes of moneyed unease, infidelity, and skewed ambition. Droll, sharp-edged fun. Read full book review > 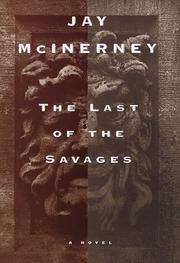 FICTION & LITERATURE
Released: May 16, 1996
THE LAST OF THE SAVAGES
by Jay McInerney
FICTION & LITERATURE
Released: May 16, 1996
THE LAST OF THE SAVAGES
by Jay McInerney
From the hokey title to the sentimental insight of the last line, McInerney's latest yuppie melodrama (Brightness Falls, 1992, etc.) at best recalls the social-climbing novels of John O'Hara. More often, his glittering narrative is bedecked with the baubles of cheap fiction: rich people, raw sex, drugs, booze, and fame. Part of McInerney's problem lies in his narrator, a creepy arriviste who's self-conscious about his failings, but never to the point of actually repudiating his shallow self. Now a middle-aged lawyer at a ``white-shoe firm'' (as he says more often than necessary), Patrick Keane first met his ``legendary'' friend, Will Savage, in 1965, at a New England prep school where the two roomed together. The last in a line of debauched and dysfunctional southerners, Savage displays all the self-assured recklessness of a rich kid who couldn't care less about SATs or fitting in. Rather, since it's the '60s, he cultivates his outlaw pose, reading the Beats, practicing Buddhism, digging the blues, and cruising the black neighborhoods of his native Memphis. Savage takes the fall for one of Patrick's prep school indiscretions, and thereafter Patrick serves as liaison to Will's screwed-up, right-wing family, though he can't prevent Will from marrying his longtime sweetheart, Taleesha Johnson, the niece of a prominent bluesman. Unbowed, Savage becomes a fabulously wealthy and successful record producer. Patrick, meanwhile, with a Park Avenue apartment, a nice wife and two kids, becomes a partner in his law firm and struggles to make sense of his own conflicted sexuality. McInerney's facile reconstructing of history allows Patrick to discover a pre-Bellum Savage family memoir that explains their entire racial history, and, as the years hurtle by, McInerney continues to blunder through time, repeatedly taking pratfalls in passages of oily writing. Fiction for those who wouldn't be caught dead with Collins, Steel, et al. but want the same greasy splendor. Read full book review > 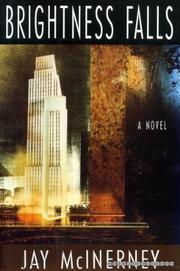 FICTION & LITERATURE
Released: June 8, 1992
BRIGHTNESS FALLS
by Jay McInerney
FICTION & LITERATURE
Released: June 8, 1992
BRIGHTNESS FALLS
by Jay McInerney
His own career very much a creation of 80's hype, McInerney here attempts an unironic post-mortem on the era of leveraged buyouts and consumer excess. Not surprisingly, it reads like an apologia pro vita sua, without any of the bite or wit of Bright Lights, Big City. Publishing insiders will no doubt find much of interest in the roman Ö clef aspects of this overwrought saga. Otherwise, it's a pretentious morality tale with all the depth and subtlety of Oliver Stone's Wall Street. ( Both Stone and McInerney thank businessman Ken Lipper for his insider's expertise.) The golden couple at the center of things are Corrine and Russell Calloway, handsome college sweethearts, whose cozy domesticity is envied by their swinging single friends. Though she's a stockbroker, Corrine also works in a soup kitchen and has a ``Mother Teresa syndrome,'' according to her husband. He's a Wunderkind editor at a distinguished publishing house but feels his career is being stymied by his mentor, Harold Stone, ``a former radical intellectual'' who now spends his lunch hour at the Four Seasons. Together with a street-smart, young black editor, Russell and an investment-banker friend plan a hostile takeover of his employer. They enlist the help of Bernie Melman, a short and pudgy corporate raider who eventually sells Russell down the river. So much for the intrigue. McInerney fills out his melodrama with hunks of undigested business chat; a textbook's worth of college-level literary quotations; and pathetic running jokes about exploding breast implants. The personal lives of the key players suffer from predictable problems: infidelity, alcoholism, anorexia, satyriasis, drug addiction, and depression. With all its soap-opera turns, it's hard to take this thirtysomethingish novel seriously. Despite its purple patches, McInerney's latest is more Krantz than Fitzgerald. And he can probably take that to the bank, no matter how much it wounds his literary credit. Read full book review >