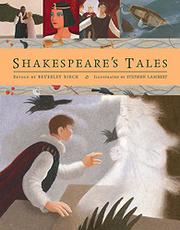 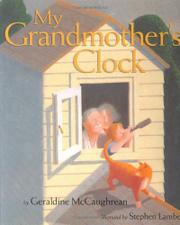 CHILDREN'S
Released: Sept. 23, 2002
MY GRANDMOTHER’S CLOCK
by Geraldine McCaughrean, illustrated by Stephen Lambert
CHILDREN'S
Released: Sept. 23, 2002
MY GRANDMOTHER’S CLOCK
by Geraldine McCaughrean, illustrated by Stephen Lambert
Compulsive clock-watchers may come away from this poetic disquisition with some truer ways of telling time. When a child suggests that the grandfather clock in her grandmother's house needs fixing, Grandma explains that she has many other ways of measuring time: heartbeats, pages of a book, bathwater going cold, shadows under a tree. She tells days of the week by the smell of bread baking, the clatter of garbagemen, and other cues: longer intervals by the moon and tides, flowers and temperatures, "comets in their ellipses, the sun and moon's eclipses," and even the stars, which also teach that "time's just too big to fit inside any watch or clock." Lambert (Nobody Rides the Unicorn, 2000, etc.) uses muted, clear colors and softly rounded forms to give his scenes of child and grandparents rambling down country roads or along the shore, planting the garden, making snowballs, or just sitting together, a peaceful, idyllic air. An eloquent, compelling invitation to children to think deep thoughts and not to take the over-scheduled life for granted. (Picture book. 5-8)Read full book review > 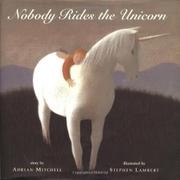 CHILDREN'S
Released: April 1, 2000
NOBODY RIDES THE UNICORN
by Adrian Mitchell, illustrated by Stephen Lambert
CHILDREN'S
Released: April 1, 2000
NOBODY RIDES THE UNICORN
by Adrian Mitchell, illustrated by Stephen Lambert
This modern fairy tale tells the story of a fearful and paranoid king who summons the gentlest girl in the kingdom to trap a unicorn in order to kill it for his own selfish purposes. The king of Joppardy, convinced that his enemies are out to poison him, follows the advice of his councilor Doctor Slythe, who tells the king that there is only one solution—the king must drink from a goblet and eat with utensils made from a unicorn's horn. The nefarious Slythe, dressed all in black and looking thoroughly evil, also advises the king that there is only one way to catch the elusive unicorn—a quiet young girl with a gentle voice must call to it. Zoe, the quietest girl in the land, and an orphan who is considered a nobody, is sent for and unsuspectingly invites the unicorn into the open. All of a sudden, hunters and hunting dogs intrude upon the idyllic scene and capture the beautiful beast. Zoe, furious that she's been deceived and determined to make it right, sneaks into the palace gardens and frees the animal. Incensed that the little girl has bested him, the king banishes her. But Zoe finds her way into the secret valley of the unicorns: a magical and welcoming land that certainly will be more of a home to her than Joppardy ever was. Beautiful, soft illustrations mostly in earth colors, but interjected with jewel tones and interesting design make this a visually compelling book. Details in the illustrations—an animal hidden in the bush, topiaries in the shape of whales—encourage the reader to look again and again at the enticing pictures. One jarring, anachronistic note, though—on the opening page, the illustration shows a car on the road to the medieval-looking palace, marring the timeless, otherworldly feel of the book. And the name of the kingdom ineluctably makes one think of the popular game show. Despite these minor quibbles, this will certainly please the unicorn crowd and will be a popular read-aloud. (Picture book. 4-8)Read full book review > 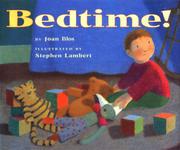 BEDTIME BOOK
Released: May 1, 1998
BEDTIME!
by Joan W. Blos, illustrated by Stephen Lambert
BEDTIME BOOK
Released: May 1, 1998
BEDTIME!
by Joan W. Blos, illustrated by Stephen Lambert
The setting of this bedtime tale is a clutter-free child's bedroom, where a boy refuses to go to bed but soon admits to his grandmother that one of his three stuffed toys might be sleepy. The narrator asks, ``So do you know what that grandma did? She took that sleepy bear and she put him into the bed.'' One by one the boy releases the toys to the grandmother's custody, until they are all in bed without him. She begins reading a story ``with no one sitting on her lap.'' Savvy children will predict this outcome: The boy finally retires and falls asleep. Everything in the room is soft-edged, portrayed in blocky shapes and lulling tones of blue and green, except for an alarm clock, whose details of numbers and hands are clear. The pictures are soothing but repetitious; only the conspiratorial tone between the narrator and readers distinguishes this entry from much of the bedtime-story canon. (Picture book. 1-3) Read full book review > 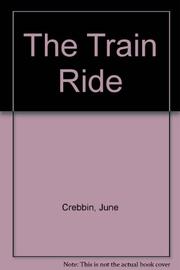 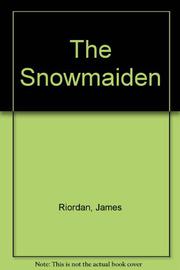