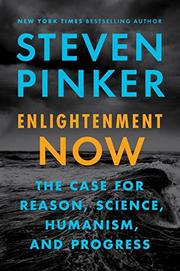 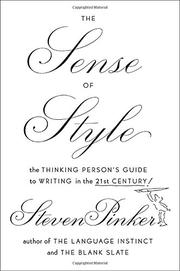 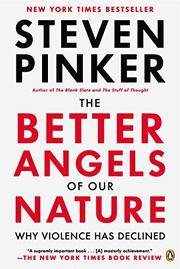 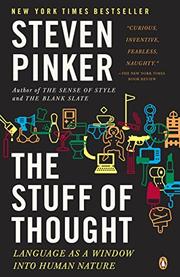 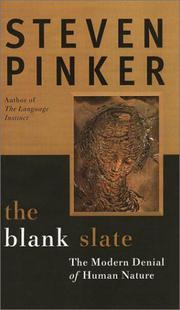 THE BLANK SLATE: THE MODERN DENIAL OF HUMAN NATURE
by Steven Pinker
"A rich, sophisticated argument that may leave pious souls a little uneasy."
The well-published MIT cognitive scientist and linguist (How the Mind Works, 1997, etc.) takes on one of philosophy's thorniest problems in this lucid view of what makes humans human. Read full book review > 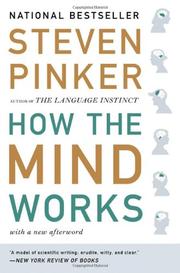 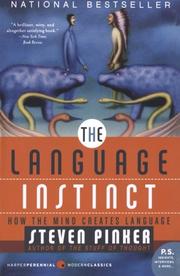 NON-FICTION
Released: Feb. 24, 1994
THE LANGUAGE INSTINCT: HOW THE MIND CREATES LANGUAGE
by Steven Pinker
NON-FICTION
Released: Feb. 24, 1994
THE LANGUAGE INSTINCT: HOW THE MIND CREATES LANGUAGE
by Steven Pinker
Another in a series of books (Joel Davis's Mother Tongue, p. 1303; Ray Jackendorf's Patterns in the Mind, p. 1439) popularizing Chomsky's once controversial theories explaining the biological basis of language. Variously mellow, intense, and bemused—but never boring—Pinker (Director, Center for Cognitive Neuroscience/MIT), emphasizes Darwinian theory and defines language as a "biological adaptation to communicate." While Pinker bases his argument on the innate nature of language, he situates language in that transitional area between instinct and learned behavior, between nature and culture. Starting with what he calls a "grammar gene," Pinker describes the way primitives, children (his special interest), even the deaf evolve natural languages responding to the universal need to communicate. He refutes the "comic history" of linguistic determinism, the belief that language shapes thinking, undermining it with examples from music, mathematics, and kinship theory. Following his lively, user-friendly demonstration of even the most forbidding aspects of linguistics, and his discussion of vocabulary, how words are acquired, built, and used, he rises to a celebration of the "harmony between the mind...and the texture of reality." This theme, the power and mystery of the human mind, permeates Pinker's engaging study, balanced with the more sober scientific belief that the mind is an "adapted computational model": "To a scientist," he writes, "the fundamental fact of human language is its sheer improbability." Among the many interesting though not sequential ideas: If language is innate, biologically based, then it can't be taught either to animals or computers. Pinker shows why adults have difficulty learning a foreign language, and he mediates coolly between rules and usage, between systematic and non-prescriptive grammar. Designed for a popular audience, this is in fact a hefty read full of wonder and wisdom. Read full book review >