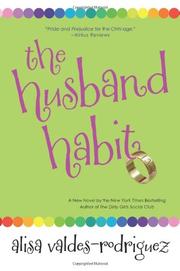 Talented chef with a lousy romantic history finds herself drawn to an Iraq war veteran with a troubled past.

For such a sensual and attractive woman, Vanessa Chavez has a real knack for attracting Mr. Wrong, specifically guys who conveniently forget to tell her they’re married before breaking her heart. So after a doomed entanglement with a pastry chef and his suicidal wife, this sous chef at one of Albuquerque’s hottest restaurants swears off men. Enter Paul, a strapping hunk newly sprung from the Air Force who’s staying with his mother, who conveniently lives next door to Vanessa’s parents. Brash and flirtatious, Paul sets about winning Vanessa, even though she initially rebuffs his overtures. He’s not her type, but she comes to realize that he’s far from the right-wing meathead she assumed him to be. In fact, he’s sophisticated, soulful and nearly as complex as he is hot. On the down side, Paul is psychologically burdened with what he saw—and did—as a pilot in the Middle East. The full extent of his wartime experience emerges slowly as the two grow closer. With Paul’s encouragement, Vanessa takes stock of her life and begins to stand up for herself. She starts with older sister Larissa, who almost seems to prefer her needy and unhappy, then moves on to her boss Hawk, a pompous celebrity chef who has long been taking credit for her work. Just as she feels herself on the verge of happily-ever-after, along comes a Paul-related bombshell that might indeed be a deal breaker for someone with Vanessa’s many trust issues. In spite of some overdescriptive passages and clunky narration, Valdes-Rodriguez’s latest benefits from deeper character development than some of her earlier works (Dirty Girls on Top, 2008, etc.). Paul and Vanessa’s messy lives make them a couple to root for.

Pride & Prejudice for the CNN age.