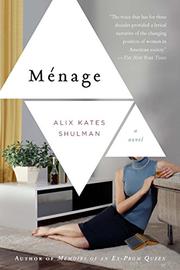 At 36, Mack McKay has made a ton of money with a hugely successful career as a developer. He has an airplane and a growing art collection in his one-of-a-kind mansion in New Jersey. But he senses his marriage to Heather, whom he met when they were students at Yale, has gone stale. He still adores Heather but is spending more and more time in Los Angeles wining and dining a hottie named Maja. Meanwhile Heather has put her literary ambitions on hold to raise their two children in the suburbs, with the help of nannies of course. Mack senses Heather’s resentment, although not her sexual paranoia concerning Mack and Maja—an affair that is never going to happen, especially once Maja commits suicide. At her funeral, Mack meets Maja’s actual lover, dashingly handsome if aging Zoltan Barbu, whose book Mack meant to return to Maja before her untimely demise. Exiled from an unnamed Eastern European nation and championed by the likes of Susan Sontag, Zolton was once a literary cause célèbre but now is broke, suffering from writer’s block and about to be evicted from his apartment. Nevertheless he works his charm on Mack, who invites him back to the manse in New Jersey as a surprise for Heather. The agreement is that Zoltan will get a luxurious writer’s refuge and Heather will be presented with an intellectual companion. Needless to say, Mack’s plan goes awry. There is a clash of values, none of them noble though all self-justifying. Forget Shulman’s reputation as a feminist author; spoiled, self-absorbed Heather is no more sympathetic than the two men who with her form an increasingly barbed triangle of mixed signals. And the liberal publishing establishment doesn’t come off too well either.

For a woman approaching 80, Shulman is delightfully wicked, verging on malevolent.

TO LOVE WHAT IS
by Alix Kates Shulman
Nonfiction

We all know the refrain, “Money can’t buy everything.” No, but it certainly is nice to have it on hand, just in case.

But having too little or too much can be a corrosive force, and when money becomes the only commodity in a society’s interaction, the results are ...