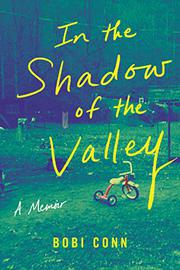 IN THE SHADOW OF THE VALLEY

An Appalachian memoir from a woman who escaped a cycle of violence, substance abuse, and self-loathing in order to find her voice.

Debut author Conn grew up in a Kentucky holler in the 1980s. As a child, she endured a life marked by poverty and abuse, both of which were common in the region. Her father was an alcoholic drug dealer who often beat her and her mother and brother. In order to survive, she silently endured the pain as her distrust for others grew. Soon, Conn fell into her own cycle of drug abuse as well as physical and sexual abuse from her circle of companions. “By the time I became a young adult,” she writes, “I had grown suspicious of my intuition, my judgment, even my own feelings.” She continues later, “I never felt safe to defend myself or to claim any right to be treated differently.” The author discovered that the only way she could stop hating herself, her life, and everyone around her was to become a different person. Fortunately, she was a good student, and she managed to escape to college and then graduate school. However, her past still haunted her. On the encouragement of a mentor, she decided to share her story. At times, the narrative is fragmented and disconnected, perhaps due to Conn’s struggle to make sense of it all, but the author is to be commended for her courage and determination to change her life circumstances. “I wrote it and rewrote it over the years to come,” she writes, “each time seeing more clearly that I had become the storyteller, that it was my story and that I had to tell it. With each revision, I understood that although many people had quieted me, even whipped me into silence, I still had words they could not take away from me.”

An inspiration for those attempting to come to terms with abuse.