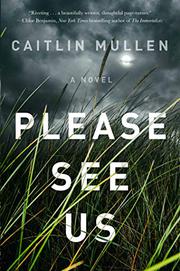 In Atlantic City, the bodies of several women wait to be discovered and a young psychic begins having visions of terrible violence.

They are known only as Janes 1 through 6, the women who have been strangled and left in the marsh behind the seedy Sunset Motel. They wait for someone to miss them, to find them. That someone might be Clara, a teenage dropout who works the Atlantic City strip as a psychic and occasionally has visions. She can tell there's something dangerous at work, but she has other problems. To pay the rent, she begins selling her company, and then her body, to older men. One day she meets Lily, another young woman who'd escaped the depressing decay of Atlantic City for New York only to be betrayed by a man. She’s come back to AC because there’s nowhere else to go, and she spends her time working a dead-end job and drinking herself into oblivion. Together, Clara and Lily may be able to figure out the truth—but they will each lose something along the way. Mullen’s style is subtle, flowing; she switches the narrative voice with each chapter, giving us Clara and Lily but also each of the victims. At the heart of the novel lies the bitter observation that “Women get humiliated every day, in small stupid ways and in huge, disastrous ones.” Mullen writes about all the moments that women compromise themselves in the face of male desire and male power and how they learn to use sex as commerce because “men are always promised this, no matter who they are.” The other major character in the novel is Atlantic City itself: fading; falling to ruin; promising an old sort of glamour that no longer exists; swindling sad, lonely people out of their money. This backdrop is unexpected and well rendered.

A lyrical, incisive, and haunting debut.

THE CLAIRVOYANTS
by Karen Brown
Fiction