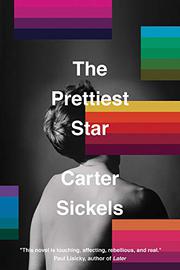 A young man dying of AIDS returns to his Ohio hometown, where people think homosexuality is a sin and the disease is divine punishment.

Brian left Chester when he was 18, seeking freedom to be who he was in New York City. Now, in 1986, he’s 24, his partner and virtually all of their friends are dead, and he’s moving into the disease’s late stages. “He turned his back on his family to live a life of sin and he’s sick because of it,” thinks his mother, Sharon; nonetheless she says yes when Brian asks if he can come home after years of estrangement. His father, Travis, insists they must keep Brian’s illness and sexuality a secret; he makes Sharon set aside tableware and bedclothes exclusively for their son and wash them separately wearing gloves. Sickels (The Evening Hour, 2012) doesn’t gloss over the shame Brian’s family feels nor the astonishing cruelty of their friends and neighbors when word gets out. Brian’s ejection from the local swimming pool is the first in a series of increasingly ugly incidents: vicious phone calls, hate mail to the local newspapers, graffiti on the family garage, a gunshot through the windshield of his father’s car. Grandmother Lettie is Brian’s only open defender, refusing to speak to friends who ostracize him and boycotting the diner that denied him service. Younger sister Jess, taunted at school, wishes he’d never come home and tells him so. This unvarnished portrait of what people are capable of when gripped by ignorance and fear is relieved slightly by a few cracks in the facade of the town’s intolerance, some moments of kindness or at least faint regret as Brian’s health worsens over the summer and fall. Sharon and Travis both eventually acknowledge they have failed their son; she makes some amends while he can only grieve. Sickels’ characters are painfully flawed and wholly, believably human in their failings. This unflinching honesty, conveyed in finely crafted prose, makes for a memorable and unsettling novel.