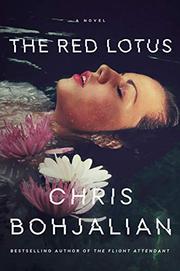 In Bohjalian’s (The Flight Attendant, 2018, etc.) breathless thriller, the death of an American bicyclist in Vietnam sets off a race to avert further catastrophe.

Alexis, a doctor at an unnamed university hospital in Manhattan, met Austin six months ago when he came into her ER with a bullet in his arm, fired by a junkie in a bar where Austin and a chance acquaintance, Douglas, were playing darts. Austin works as a fundraiser at the same hospital. In fact, his office, significantly as we will learn, is near a rodent research lab. The present action takes place over a countdown clock of 10 days, beginning in Vietnam, where the new couple is on a bike tour. Austin goes for a solo ride, telling Alexis he wants to pay respects by visiting the locations where his uncle was killed and his father wounded during the war. When he doesn’t return, Alexis goes out looking for him, finding a few packets of energy gel that we already know Austin dropped on the road while being abducted—by Douglas. Pressing Austin for information, Douglas drives a dart into Austin’s hand. Vietnamese police discover Austin’s body and a post-mortem concludes that he was killed in a hit-and-run collision. While identifying the body, though, Alexis notices the wound on Austin’s hand and suspects foul play. Back in New York, she hires Ken, a PI, to investigate. Quang, a Vietnamese police captain, suspects that Austin was a smuggler, but of what? Alexis soon learns that Austin had lied about many things, not least his true mission in Vietnam. What characters learn, and when, is critical. Abetted by shifting points of view, seemingly disparate elements eventually converge to create a burgeoning sense of dread. Italicized, anonymous first-person comments, interspersed throughout, cite the long history of rats as quickly evolving plague carriers—most recently, of antibiotic-resistant pathogens. Among many tantalizing questions: Austin’s former boss Sally is Douglas’ lover—where do her loyalties lie? In fact, whose side is Douglas on? And what is in those packets?

Bohjalian manages to keep us guessing and turning pages until the very end.

THE SLEEPWALKER
by Chris Bohjalian
Fiction

THE LIGHT IN THE RUINS
by Chris Bohjalian
Fiction

THE SANDCASTLE GIRLS
by Chris Bohjalian

THE QUEEN OF HEARTS
by Kimmery Martin
Nonfiction

THE DEMON IN THE FREEZER
by Richard Preston
Nonfiction