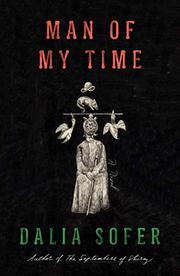 MAN OF MY TIME

Iran's brutal and tragic years of upheaval are evoked through a one-time revolutionary's rueful reflections.

Hamid Mozaffarian has arrived in New York City at a cold and lonely phase of his life. Having served almost three decades interrogating those considered enemies of the Iranian government, he is now helping his country’s minister for foreign affairs deal with “a tiff” between their navy and the Americans in the Persian Gulf. Hamid’s diplomatic mission enables him to reestablish contact with his mother and brother, from whom he’d been estranged since they exiled themselves to America after the 1979 Islamic Revolution. He agrees to their request to carry, in a mint candy tin, the ashes of his father, who'd died two weeks earlier, so they can be scattered back in Iran. In the meantime, while in New York, Hamid struggles to come to grips with choices he's made that have also left him alienated from his wife and daughter back home. A sensitive, artistic boy fascinated by the vulnerability of glass objects, Hamid grew up bewildered by his scholarly father’s distant, sometimes severe behavior toward him. Young Hamid was likewise bemused by his father’s shift from opposing the shah to working for him. His father explained: “Slowly, slowly I became the system.” Ironically, the same became true for Hamid, as he reached his young manhood as an idealistic revolutionary seeking the shah’s overthrow. Soon he proved himself dedicated to the Ayatollah Khomeini’s republic by carrying out an appalling act of betrayal against his father, and over the succeeding decades he became deeply entrenched in his country’s draconian system of dispensing justice. One is often tempted while reading this novel to think of Hamid as little more than an introspective species of monster. But Sofer (The Septembers of Shiraz, 2007) brings compassion, insight, and acerbic humor to her depiction of a man at once too intelligent to altogether ignore the consequences of his behavior yet helpless to withstand the turbulent momentum of history.

A perceptive, humane inquiry into Iran's history and soul.