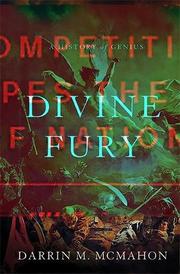 Once upon a time, the author freely admits, his approach “might have been glibly dismissed as old-fashioned or methodologically suspect.” Perhaps he should have wondered why. It is not simply a matter of the long-running debate as to whether genius is borne or made, but also how far other meanings referencing different times, contexts and peoples can be enfolded into usages now employed. “Even today,” he writes, “more than 2,000 years after its first recorded use by the Roman author Plautus, it continues to resonate with power and allure.” As the author notes, Hitler presented himself as a genius, and his flatterers and sycophants—e.g., his propaganda chief Goebbels—agreed. Albert Einstein was certainly a scientific genius. McMahon proposes that the moral and political differences that separate the two can be included as attributes of “genius.” The author's method includes stretching the current meaning of the word “genius” to include the quality that the ancients Greeks associated with Socrates: his daimon (demon). With great detail and useful scholarship, McMahon uses the word “genius” to assimilate the different qualities of these meanings under a common heading. In the process, the author presents intriguing information—e.g., regarding the 19th-century origins of race science and eugenics and the application of eugenics in both the early days of the Soviet Union and under Hitler. However, his attempt to use what has become such a conflicted, and debased, vehicle to organize the material is a bit disjointed. After all, the word “genius” can now reference sports figures, musicians and nearly anyone somewhat exceptional in their field.

An uneven but wide-ranging and intermittently illuminating survey.

THE GEOGRAPHY OF GENIUS
by Eric Weiner
Nonfiction