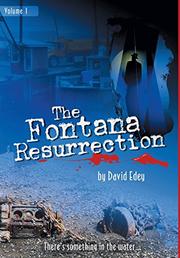 In Edey’s placid debut thriller, a woman’s body washes ashore in Canada and her daughter and son-in-law are determined to find those responsible for her death.

An officer of the Royal Canadian Mounted Police calls his former colleague, Stanley Watson, to tell him that an unidentified female corpse has been found on a Nova Scotia beach. Police rightly suspect that it’s Stanley’s terminally ill mother-in-law, Marion, whom Stanley and his wife, Chelsea, had reported missing from her European seniors’ home. Chelsea travels to Sherbrooke to commemorate where Marion was found with a plaque. In a flashback from nearly a year earlier, an enigmatic woman named Lee plans to create a clinic for the wealthy elderly (like Marion), but it’s clear that she has darker motives: Her funding comes from a man with possible mob ties, and the surgeon she plans to hire is a literal butcher. This thriller is more invested in the conception of the crime and its consequences than the crime itself. The second chapter, which takes up nearly half of the book, is told primarily from Lee’s perspective as she discusses putting the clinic together and, eventually, reveals her ultimate goal. The author takes an intriguing approach, however, opting never to show the actual commission of the murder, instead jumping forward in time to show Stanley as he learns who may be behind Marion’s killing. Edey can deliver indelible turns of phrase, such as when he describes a woman greeting Lee with “cold displeasure.” However, some metaphors are less apt, as when Lee, at one point, sports a “hedge-apple smile.” The story’s structure deftly covers the psyches of both the victims and perpetrators, although lengthy passages, focusing on single characters, make it easy to predict when, for example, Stanley’s 12-year-old granddaughter will return to the story.

An often engaging thriller told in an atypical but wholly distinctive style.