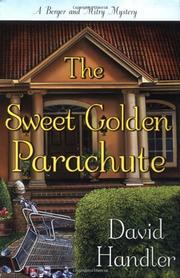 Can a pudgy, Jewish movie critic and a bootylicious black state trooper find happiness in Connecticut?

While Mitch Berger patiently waits for Des Mitry to accept his marriage proposal, Des has mayhem on her mind. Dorset’s local bad boys, the Kershaw brothers, have returned to town from their sojourn in a medium-security prison, ready to flatten their sister Justine’s boyfriend Bement, a member of the upper-crust Vickers family. The two families have long loathed each other. In fact, their hostility unsatisfied by extramural hatreds, they’ve long loathed members of their own families. The bad boys hate their dad Milo, and Poochie Vickers’s daughter Claudia hates her brother Eric. In addition, the Vickers siblings have marital woes and differences of opinion about dear old mummy and her friendship with gay old reprobate Guy Tolliver, as well as the disposition of Four Chimneys, the family estate and the family millions. The clans seethe, then strike out, leaving behind two corpses and a trail that will lead Mitch and Des to the Congregational Church for the dénouement.

Mitch and Des (The Bright Silver Star, 2003, etc.) serve only fans of coy dialogue and romantic soul-searching. But Handler does better with wacky Poochie and chary aspiring novelist Justine, clearly the products of upscale Connecticut inbreeding.

THE MAN WHO COULDN'T MISS
by David Handler
Mystery

THE GIRL WITH KALEIDOSCOPE EYES
by David Handler
Mystery