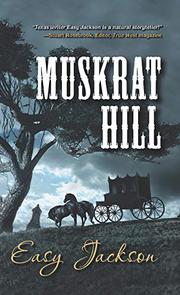 A mysterious woman’s request for an interview sends a country musician down a long road of reminiscences to the hometown nearly torn apart by a murderer during his boyhood.

No one can identify the young woman whose corpse Kittrell Robertson and his best friend, Whitey Collins, find on a quiet riverbank. But everyone can see that she’s been killed with exceptional ferocity, her breast and ear slashed off after she was bashed to death. Half-Comanche Muskrat Hill marshal Asa Jenkins, feeling out past his depth, naturally turns to Kit’s father for help. Pope Robertson was a famous Texas Ranger before he retired and opened a grocery store, and Jenkins thinks that underneath all that white hair, Robertson’s still got the brains and the tenacity to find the murderer. Before that happens, though, there’ll be two major complications. One is the arrival of Clara Grace, an eccentric cousin of Kit’s mother, Dolly, whose other cousins, Willie Mae and Ralph, have shipped her to Muskrat Hill because they got tired of minding her themselves. Five minutes with Clara Grace, a staunch Catholic with a passion for spreading the word and a lack of social filters that allows her to speak her mind about Baptists, Methodists, and anyone else who looks at her sideways, will make readers deeply sympathetic toward Ralph and Willie Mae. While Dolly does her best to parade possible mates before the uninterested Clara Grace, the second complication unfolds: The killer continues to strike. Inoffensive butcher Oscar Sorenson is gutted and hanged upside down; Miss Maydell, at 30 the town’s old maid, is strangled in an outhouse; and more victims will follow. Jackson (A Season in Hell, 2019, etc.) spends less time on Robertson’s hunt for likely suspects than on limning the town’s rhythms and rituals, goading Robertson’s exasperated outburst: “We have a vicious, crazed killer on the loose, and all I have is a houseful of people who couldn’t care less about it.”

In the end, the surprisingly intricate murder plot feels grafted onto the heartfelt evocation of the Texas town.