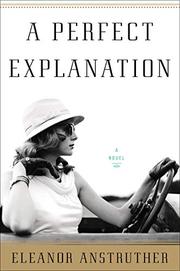 Enid Campbell never wanted to marry, but her aristocratic family needs an heir—and after her brother is killed in World War I, it falls to Enid to produce one. This pressure will lead to cascades of unhappiness down the generations.

Poisoned, splintered relationships characterize this saga of upper-class life in 1920s Britain, radiating outward from the fallible Enid, whose discomfort as a daughter, sister, and mother dominates events. Favored by her father, who also died early, Enid makes a questionable marriage to Douglas, “a nobody, a nothing,” and then has a son, Fagus, who's "born with something wrong with him" and becomes an invalid after falling down the stairs, turning the child into “the living breathing embodiment of everything she’d done wrong.” Loveless though her marriage is, Enid stays in it to provide a fully able heir, although she would rather be a nun or devote herself to her Christian Science beliefs. Two more children are born, but the pressure and postnatal depression are too much, and Enid flees, leaving her sister, Joan, and Joan's "companion," Pat, to step in. Anstruther’s debut, a fictionalized version of her own family’s history, is a dark story of close relationships gone awry. Enid’s stony, withering mother, Sybil, was always closer to Joan; Enid believes Joan hates her; Enid’s daughter, Finetta, believes her mother hates her and neglects her own daughter in turn while feeling crushing love for her son. For all the sophistication of tone and expression to be found in the book, the familial relationships emerge naked, brutal—and gender biased. Anstruther depicts a privileged world that offers little in the way of human warmth and a group of characters almost uniformly miserable despite their material comfort. It makes for a chilly read, its gloom only deepened by a running 1964 episode in which an elderly Enid is confronted by the measure of her failure.