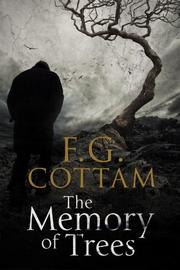 THE MEMORY OF TREES

After a surprising affair with a student leads to the dissolution of his partnership and a custody battle that’s almost certain to wind up in court, Tom Curtis is desperate for any job that will help him earn enough to get access to his daughter, Charlotte. Unfortunately, there’s not a lot of money in jobs for an arboreal expert. Enter eccentric billionaire Saul Abercrombie, who beckons Tom to his Welsh estate by an appeal through his houseman, Samuel Freemantle. An ill-reformed hippie down to his rote pleas for peace and love, Saul is willing to pay big bucks to have the area around his house reforested. The deal seems a great fit for Tom, whom Saul immediately dubs Tree Man, although Saul’s timeline for the completion of the project is as crazy as his complex estate. It’s only after recruiting fellow scientists to work on the land that Tom suspects a more nefarious scheme, for the forest seems to be propagating of its own accord at an alarming rate. The one person who isn’t surprised by the exponential growth is Saul, whose goal is apparently to recruit forest-friendly supernaturals to empower him in his battle with cancer. Just like many other eccentric billionaires, Saul hasn’t considered who might get hurt in the process, and when he does, it may already be too late.

Cottam (The House of Lost Souls, 2009, etc.) reads like Graham Masterton, with more of an interest in his characters and their relationships but with the same eye toward the supernatural and the same fondness for bringing down the final curtain abruptly.

THE AUGURIES
by F.G. Cottam
Mystery

THE HOUSE OF LOST SOULS
by F.G. Cottam

THE AUGURIES
by F.G. Cottam
Mystery

THE SEEKER
by R.B. Chesterton
Mystery

THE MIST IN THE MIRROR
by Susan Hill
Fiction