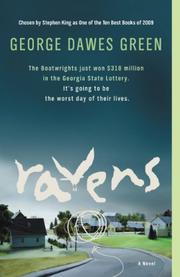 Fourteen years after he vanished from the bestseller lists, Green (The Juror, 1995, etc.) is back with a tale of two losers who see a Georgia family’s lottery jackpot as their ticket to nirvana.

Shaw McBride and Romeo Zdenko are just passing through Brunswick, Ga., when they hear that a local couple, Mitch and Patsy Boatwright, have won $318 million. Shaw’s facility at ferreting out online information about the family—especially about daughter Tara, 21, who wishes she were just passing through Brunswick as well—persuades him that they can grab half the payout if only they can persuade the Boatwrights that they’re crazy and remorseless. Their scheme depends on nothing more than threats. If Mitch doesn’t appear at a press conference to announce that Shaw was an old acquaintance who’d asked Mitch to pick up some lottery tickets for him too, Romeo, who’s driving around the area from one set of friends and relatives to the next, will start killing whoever is closest. At first the scheme works improbably well, considering that although Shaw is a con man with a gift for telling people what they want to hear, Romeo is neither a killer nor a mental giant. As days pass, however, things start to change, and not in the ways you might expect. Instead of ratcheting up the tension, Green begins to plumb the unexpected depths of his characters. Romeo finds his only peace in caring for the dying father of the trailer-park queen who picked him up at a bar. Ineffectual local peace officer Burris Jones, aka Deppity Dawg, rouses himself on behalf of his high-school sweetheart Nell Boatwright, Tara’s grandmother, who hasn’t given him the time of day for a generation. And Tara, who craves excitement and maybe submission, begins to confuse imperious, insinuating Shaw with God.

The Desperate Hours on crank, with a deeply unsettling spiritual spin.