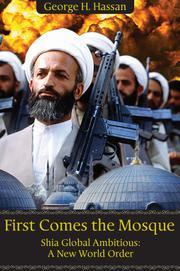 A wide-ranging critique examines Islam, its dominance in Iran, and the threat it poses to the world.

Debut author Hassan grew up in Iran in a Shiite family and has experienced what he considers its despotic indoctrination firsthand. The principal point of his intriguing study is that Islam only disingenuously presents itself as a religion in the traditional sense of the word, and is better understood as a “a set of harsh and punitive laws made by Arabs solely to crush others.” Hassan traverses an impressively broad stretch of historical and theological terrain in order to demonstrate this, beginning with the very genesis of the Muslim faith, the life and times of Muhammad, limning his transition from a “street preacher in Mecca to the emperor of the sword.” The author contends that Islam is “inherently violent,” prone to the tyrannical domination of its members from its inception. He argues for more bellicose interpretations of the meanings of Islam—he prefers “surrender” to “peace”—and jihad. Hassan also dissects the catastrophe of the Islamic Revolution in Iran in 1979, and the unfortunate shift from Reza Shah’s modernist reforms to Sharia law’s blinkered prohibitions. The book concludes with a somber warning regarding the imperialist aspirations of Islam, whose advocates wish to export its authoritarian agenda to the Western world: “Once Shari’a, the core of Arab totalitarianism, is put into practice in any nation, its rules and regulations bind that nation to a caliphate system of government that takes away individual freedom and independence and replaces it with a powerful and often tyrannical Arab cleric as ‘caliph for all.’ ”

Hassan’s command of the historical and theological materials is notable; his nuanced disentanglement of the Shiite and Sunni Muslim traditions is especially illuminating. In addition, he’s finely attuned to religious hypocrisy, the ostentatious expression of virtue that conceals the practice of vice. The author meticulously exposes the duplicity of the corrupt ruling clerical class in Iran. For example, he destroys the view some have of Mohammad Khatami as a “liberal-minded reformist,” making a persuasive case for his “political belligerence.” But the author too frequently indulges in unrestrained rhetorical hyperbole so intemperate it undercuts his claim to a “rigorous tone and pragmatic style.” For example, surely this is an overstatement: “The world acknowledges that it is next to impossible for a writer or historian to tell the truth in the Islamic world and not literally lose his or her life.” Even the use of “literally” is overkill. Often, the adjective-laden descriptions he employs seethe with anger—he refers to Khatami’s “undefinable barbaric tribal capacity for murder.” Despite the book’s many virtues, it often reads like a rant screamed at readers, which is neither a pleasant nor confidence-inspiring experience; fury and lucidity are rarely fellow travelers.

A provocative and spirited critique of Islam undermined by overstatements.