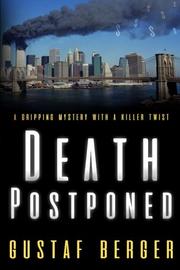 Jordan Marshfield writes articles for the magazine Gathering Moss about ordinary people with unusual avocations. Her latest assignment takes her to a prison in upstate New York to interview Giuseppe “The Bishop” Romano, a dying gangster who established an animal rescue foundation before his incarceration. He promises Jordan that he’ll give her a story about Ted Lipman, a man who faked his own death on 9/11, on her next visit, and she quickly becomes obsessed with uncovering the fraud. It’s a personal and emotional journey for Jordan, whose father was one of the 343 firefighters who died that day. Meanwhile, Jordan’s unpleasant ex-husband, Peter, adds domestic turmoil to her life. Back at the prison, Giuseppe admits to Jordan that he helped hide Ted for the first few months, and he tells her that she needs to track down Ted’s best friend, Leonard Legasse; Ted was killed in the Bahamas after collecting the insurance payout, and Leonard has disappeared. Jordan finally connects with Leonard through his daughter, Abby, who’s living in an art commune in Taos, New Mexico. Debut novelist Berger has some tricks up his sleeve for his protagonist, and as the plot twists and turns, Jordan’s relentless pursuit places her and her young daughter, Kristen, in danger. However, it will likely take readers a few chapters to keep the plethora of characters straight—and every one of them is hiding something. The novel is written in two voices: Jordan’s first-person account of the present (in 2015) and a third-person narration for sections set in the past (2001-2002). It’s a device that effectively sprinkles crumbs of disinformation throughout the story and lulls readers into believing they know more than they do. The most sympathetic character is Jordan, but the most interesting one is Leonard—a quirky gentleman who stages beetle fights; he’s also quite a storyteller who’s always shading the truth.

An often entertaining mystery with a satisfying ending despite a few too many subplots.

A Manuscript to Die For
by Patric Quinn
Indie