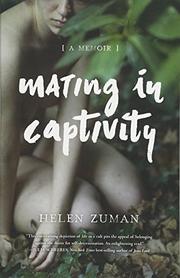 After her graduation from Harvard in 1999, Zuman’s search for herself took her to the Zendik Farm commune in North Carolina. Founded in the 1960s on countercultural blather, Zendik preached back-to-the-land living, contempt for the “Deathculture” of competitive capitalism, and psycho-motivational aphorisms—“Dare to demand the impossible and it becomes possible”—from deceased guru Wulf Zendik’s The Affirmative Life. In Zuman’s telling, Zendik’s reality is strange and crass. Members supported the commune by hawking its magazine, music CDs, and bumper stickers—“Stop Bitching Start a Revolution”—on the streets, which made maniacal salesmanship a Zendik must. Meanwhile, sex on the farm was rigidly bureaucratized. Members proposed “walks” (dates) or “dates” (sex appointments) with other Zendiks by lodging requests with administrators, who acted as go-betweens in scheduling assignations; women were denied dates if group gynecological exams indicated they were in a fertile phase. (The guru, who had bedded most female Zendiks, disliked condoms.) Zuman, a shy but yearning virgin, appreciated this protocol because it obviated her awkwardness at courtship; soon she had an active sex life and got to act out her rape fantasy (in a graphic description, it’s a painful, bloody fiasco ending in herpes). Unfortunately, Zendik thought monogamy undermined the group, and Zuman was repeatedly pressured into wrenching breakups with long-term boyfriends; but when she left the farm to hitchhike to Idaho and find permanent love, predatory men sent her running back. Zuman’s vivid portrait renders Zendik as a pressure cooker of jealousy and exploitation under the manipulative leadership of Arol, Wulf’s consort. Zendiks were exhorted to take personal responsibility for their dysfunctions, yet the supreme sin was “running your own show” in defiance of the collective—read Arol’s—will. Yet Zuman never makes herself a victim: She retains her sense of agency (and humor) as she weighs Zendik’s weird creed and power plays against the sense of righteousness and belonging that drew her in. Her whip-smart prose—on her selling shifts, she “hit up mostly single men, zeroing in on the disheveled, disaffected, afraid, and misshapen…if they paired superhero trucker caps with Coke-bottle glasses…so much the better”—conveys the squalid exuberance of Zendik’s blend of idealism and fraud.

An engrossing and offbeat story of ideological bonds that chafe—and sometimes liberate.

FAILING UP
by Barbara Hong
Indie

A WITNESS TO A NON-HAPPENING
by Saul Birnbaum
Indie

NOT A POSTER CHILD
by Francine Falk-Allen
Indie

AN INEXPLICABLE ATTRACTION
by Eric B. Forsyth
Indie

IN THE DAYS OF RAIN
by Rebecca Stott
Nonfiction