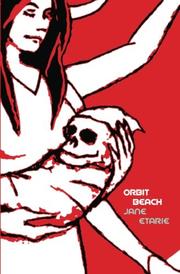 A raunchy, messy debut novel about two young people not quite in love.

Right at the start of this fast-paced, foul-mouthed story, the unnamed narrator is having a horrible day: Her car has been stolen, but the 911 dispatcher sternly reminds her that the line is for emergencies only, and her boyfriend, Robert, sends her a text that reads: “Boo I’m br8ing up with u. sorry.” The hapless narrator is no poster child for innocent living: She’s not particularly bright, she’s extremely fond of drugs and alcohol, and she’s not exactly the best worker at her faceless office job. “I work at Petrus Cheong and Affiliates. I don’t know what my job is,” she says. She spends her evenings wasted; she spends her days loathing her co-workers, the people who get her coffee orders wrong—everyone, basically, except the random celebrities on TV she fantasizes about: When she thinks of actress Gwyneth Paltrow’s cooking recipes, she idly reflects, “I wish I could meet her, hang out with her, be like best friends. I’m pretty sure we’d get along great—we have so much in common.” She wants her Robert back in her life so badly that she sees no real problem with texting him back and telling him she’s pregnant; the only problem is that she then needs to get pregnant, or else she’ll run the risk of his breaking up with her again. They get back together, and the rest of the novel follows the constant zigzagging of their relationship, with Robert getting fired from one job after another, uselessly dreaming the whole time of writing a million-dollar screenplay as the narrator offers him one piece of stoned, dopey encouragement after another. Etarie peppers virtually every line of her novel with obscenities, all of them deployed with a deadpan pacing and humor worthy of Richard Price. Despite the two main characters’ flagrant shortcomings, Etarie’s skill at portraying their brainless, aimless hope actually generates sympathy where none should exist.