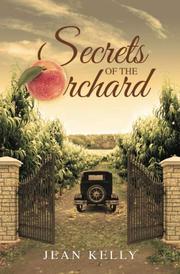 SECRETS OF THE ORCHARD

Set in 1950s Massachusetts, a debut novel reminds readers, as Faulkner did, that the past is never dead.

Ellen Von Der Hyde, the story’s heroine and narrator, is just recovering from her parents’ tragic deaths and dealing with her jerk of an ex-husband when her older brother, Eric, dies back home in Springton. He left mysterious, hush-hush orders for his burial and other final matters, including a letter entrusted to his childhood friend Julian Baker. This situation is entirely odd, and Ellen, a journalist, is determined to get to the bottom of it all. Nick Stanton is Ellen’s co-worker, who will acquit himself well, while, early on, readers will get bad vibes about Julian. Other important characters are Ellen’s sister, Meg; Edwin Lake, the bad-tempered, alcoholic Springton police chief; Harvey Poston, a retired lawyer; and a strange, skittish woman named Theresa. The Pomarium, once a monastery and now an old folks’ home, also figures prominently in the tale. And readers mustn’t forget a certain star-shaped dimple, a clear hereditary marker. Questions driving the plot involve what secrets Eric may have taken to the grave, the strange disposition of Ellen’s parents’ estate, and the enigmatic Theresa, who runs off when Ellen startles her at Eric’s gravesite. Suffice it to say that readers will soon learn why Lake is carrying all that anger and hear about another death.

The theme of evil working its way through generations is not a new concept, but it’s still a good idea for a novel. While comparing this tale with the House of Atreus would be quite a stretch, closer to home one thinks of, say, Ross Macdonald’s Underground Man. Kelly has created a vivid cast of characters. Ellen is a believable protagonist; readers will like her and root for her. And Julian is deftly handled. Like Ellen, readers will sense there is something off about him, a cruelty lurking just under the suave surface. This makes Meg’s regard for him frustrating, but it also tells the audience a lot about her innocent and charitable nature. Still, what really motivates him comes as a surprise yet is psychologically sophisticated. And the story wouldn’t be complete without a death-defying climax, which the author dutifully supplies. The final twist certainly is stunning, and it is balanced between “super-ingenious—didn’t see that coming” and “c’mon, really?” And what happens to one character is really shocking but almost mercifully fitting. On the other hand, many readers will consider a subplot concerning Jake, a jockey, and some counterfeiters rather hokey. It does not advance the main plot, and the idea that Ellen dramatically saves his life is a bit too much. In addition, a man’s deus ex machina rescue of a child also belongs in a bin labeled “Too Fortuitous by Half.” But overall, the book comes to a very satisfying conclusion, with the mystery solved and the slate cleaned.

While some parts will strain readers’ credulity, this engaging and unpredictable mystery delivers strong characters.