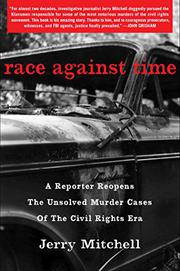 Fast-paced account of the slow path to justice in a series of racially motivated murder cases.

Mitchell, a former reporter for the Jackson Clarion-Ledger who recently founded the Mississippi Center for Investigative Reporting, arrived in 1986 to a city “bursting with New South pride and Old South prejudice,” one that, just a few years later, would be discomfited by the revival of interest in the “Mississippi Burning” case and like crimes of the 1950s and 1960s thanks to a movie by that name. Looking into that cold case, writes the author, “I had heard of people getting away with murder before, but I had never heard of twenty people getting away with murder at the same time”—those 20 people had carried out the killings of civil rights activists in the name of white supremacy. In a Mississippi where Emmett Till’s killers confessed to the crime but still walked free, an all-white jury had acquitted a notorious racist, Byron Beckwith, in the murder of Medgar Evers—and Beckwith didn’t pay a cent for his defense, the bill having been picked up by an eager “White Citizens’ Council.” Through dogged investigation, sifting through reams of evidence and interviewing those who were on the ground at the time, Mitchell helped inspire law enforcement officials decades after those events occurred to secure sufficient proof to convict killers who had been at liberty for most of their adult lives. Even though many of the civil rights killings have still gone unpunished, often because the perpetrators are dead, others were reckoned for, including the Birmingham church bombing that killed four little girls, one perpetrator having long publicly bragged of having helped “blow up a bunch of niggers back in Birmingham.” That might have flown in the last days of Jim Crow, but, writes Mitchell, times have changed even in the segregationist stronghold of Philadelphia, Mississippi: “The town that had once protected these killers now wanted to see them prosecuted.”

A fine work of investigative journalism and an essential addition to the history of the civil rights movement.