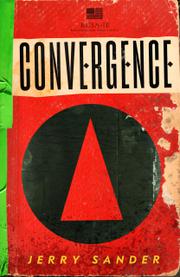 In Sander’s (Permission Slips, 2005) SF novel, set in a dystopian future, teenagers in an elite California school encounter a game that seems to be transforming its players.

It’s around 2040, about a dozen years after the ruling Triumvirate placed Filament implants in all Americans’ brains, linking them to an internetlike collective called the HIVE, in which everyone can share information—and be tracked by authorities. Years ago, a technology developer/guru named Zhou Wen gave every student in the world a free WenBook—an advanced laptop to help them learn and communicate with one another. However, this led to the brutal Religious Wars, waged by factions that opposed the resulting societal shifts. These resisters were brutally exterminated or banished, and the HIVE rose in the aftermath. Among those inheriting this pacified new world are Zokaya Kpelle, a gifted teenager from Liberia, who’s accepted into California’s Center for Advanced World Studies, which seeks people to improve the HIVE. Zokaya is inducted into an Affinity Group of young, tech-savvy geniuses, and the team immediately faces a dire emergency: An addictive computer game, “Hell on Earth,” arrives on all WenBooks, immersing players in virtual-reality crime scenarios—and mayhem erupts as players become anarchic and destructive in real life. Is the brainwashing masterminded by Zhou Wen, resurgent religious extremists, or one of the factions controlling the Triumvirate? Sander, a veteran YA author, presents R-rated language in his latest offering, in which he frankly but tastefully addresses such issues as violence (including rape), sex, drugs, war crimes, and religious hatred. He also impressively offers arguments for both faith and secularism without awarding clear-cut moral superiority to either. Readers may find it difficult to assimilate the story’s complex world, however, which they see through the eyes of Zokaya—a smart, cosmopolitan youth but one who was raised with HIVE sensory input and propaganda. The story eventually encompasses conspiracies that will bring to mind Philip K. Dick’s work, with all the deceptions, fake realities, and mind-scrambles that entails. A helpful glossary is included so that readers can keep the future argot and acronyms straight.

Prisoners of the Game
by Tim Allen
Indie