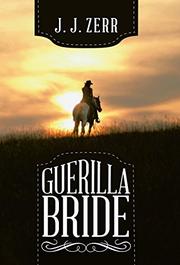 An Indiana farm boy gets caught up with cardsharps, bushwhackers, and questions of morality during the Civil War.

In this historical novel, Zerr (Sundown Town Duty Station, 2017) introduces the reader to Emerson Sharp, a young adult chafing under his father’s yoke on an isolated Indiana farm in 1860. When Emerson gets in trouble over a girl, his father disowns him. He takes to the road on Horse, with whom he maintains a one-sided conversation. He eventually teams up with a many-named confidence man—Emerson eventually makes him settle on Weekes Daley—who becomes a surrogate father, teaching him about both books and human nature. Three years into their itinerant partnership, a tragedy occurs, and Emerson, blaming himself, ends up attached to a Southern paramilitary group, though he realizes the violence of Quantrill’s Raiders is more than he can handle. After being involved in civilian deaths, Emerson renames himself Tom Thackery and tries to make a new life in Missouri, but his past is never far behind. The deeply researched novel is set in a vividly depicted Civil War era full of primitive medicine, farm labor, and saloon life, and Emerson is a compelling protagonist, evolving over the course of the story to reach a satisfying conclusion against a backdrop of fully realized secondary characters. The dialogue is less well-done, relying on overly phonetic working class and immigrant speech: “Animals is dumb ’cause they’re borned that way and cain’t git much smarter”; “ven first vagon train leefes next spring, I leef, vedder you still be stupid about guns or not.” The portrayal of black characters borders on minstrelsy: “Da udder wommins, deh gadder roun’ an pull her back up agin by an by.” Despite the occasionally grating prose, on the whole, Zerr delivers a solid narrative.