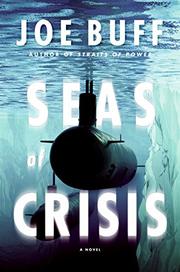 It’s 2012—apocalypse time again, now with Germany and South Africa as the Axis of Evil.

As often before when in desperate straits, the nation calls on that nonpareil sub commander Jeffrey Fuller (Tidal Rip, 2003, etc.). But then, where else would it turn if not to the hero with more fruit salad on his chest than any other in military history: the Congressional Medal of Honor, not one but two Navy Crosses, the Distinguished Service Medal and so on. Now, however, the newly promoted Captain Fuller sits in the master stateroom of the ceramic-hulled nuclear submarine USS Challenger, worried about the mission that has dented even his composure. “War isn’t hell, it’s worse than hell,” he thinks, reviewing the implications of what his DC bosses are asking him to do. Not to put too fine a point on it, it’s a scam, but of monumental proportions, aimed at the Russians, who while not an actual part of the evil axis, are aiding, abetting and re-equipping with vital materiel as needed. The plan is to befuddle the Russians to the point they believe they’ve made a dangerous strategic error, that they’ve chosen the wrong side to support, that Uncle Sam’s enemy is, in fact, inimical to the Bear as well. The Challenger will transport an elite commando force masquerading as . . . well, it gets complicated. What matters is that Fuller’s the lynch pin of a scheme that will almost certainly result in full-scale thermonuclear war if he flubs. He doesn’t, of course. He’s brilliant, and when once again the nation is grateful he responds as stalwarts in this kind of novel are wont to do: “I was only doing my job,” he says with becoming modesty.

Buff can do gadgetry without breaking a sweat, but where are the fiction chops?

THUNDER IN THE DEEP
by Joe Buff
Fiction