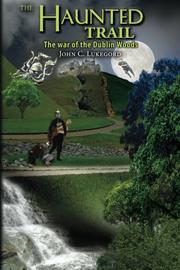 Lukegord (The Haunted Trail, 2013) tosses every horror trope imaginable into this sequel.

The action picks up in the terrifying Dublin Woods on Halloween Night in 1892. Mick Patrican is badly wounded, and the woods are crawling with lunatics intent on murder. He knows he must find a safe place to hide, but he’s also charged with locating two magical four-leaf clovers, one of which is ensconced in a mummy’s evil heart. The clovers are the key to defeating the mummy, ending its curse and saving all of Ireland. Luckily for Mick, the ghosts of his dead brothers have stuck around to help him out. However, Lukegord quickly abandons Mick’s quest, turning instead to a series of brutal murders. Police officers are dispatched into Dublin Woods to search for their missing colleagues and sort through the mayhem, and the various teams are swiftly picked off in multiple violent episodes. The officers spend much of the novel stumbling over dead bodies, themselves, and the evil mummy’s resting place. Soon, even more police are dispatched, in what seems to be a narrative excuse to provide new bodies to annihilate. Mick’s quest is finally revisited near the end, when he defeats the mummy and rescues the four-leaf clover, which also contains healing powers. The author finishes with a chapter that focuses on the fates of various underdeveloped characters. Lukegord has an admirable imagination, and he offers a terrifying, intriguing premise. Indeed, a story of haunted woods on Halloween night, filled with lunatics and murderers, feels like something one might see on the big screen. However, readers unfamiliar with Lukegord’s previous novel may have a hard time playing catch-up, although the actual plot here is thin. The narrative jumps from murder to murder, failing to build any suspense. It may be difficult for readers to become invested in characters that make only brief appearances before meeting gruesome deaths. The unfocused narrative also includes too many classic horror-story elements for such a short novel. Interested in a mummy’s curse that started 2,000 years ago “when [the mummy] was mummified in Egypt and possessed by an alien”? That’s only the beginning. Throw in ghosts, cannibals, wolves and leprechauns, and you’ve got yourself a mess.