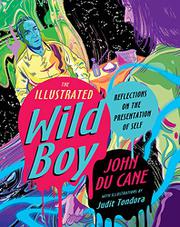 In this autobiography, a man recounts his turbulent life—from his immersion in the 1960s and ’70s drug culture to his more serene practice of Chinese qi gong.

Du Cane’s (Wild Boy, 2017, etc.) account comes in the form of short stories or anecdotes. As the author divides them by topic (drugs, accidents, etc.), they’re not chronological but are easy to follow. The author’s life got off to a rocky start, as his umbilical cord nearly strangled him. He recounts this with his recurrent, understated humor, noting his mother’s claim decades later that baby John “gave her a furious, accusatory glare.” Throughout his teens and 20s, Du Cane was a movie critic and filmmaker and regularly in the company of musicians or artists from the underground cinema. He also dabbled in drugs, sometimes voluntarily and sometimes not, such as the time someone spiked his tea with acid. Later in life, he sought enlightenment in India, became a tai chi practitioner, and attended or organized qi gong retreats. The author, in the book’s final section, rather fittingly discusses deaths, particularly those of his parents. His collection of tales ranges from unsettling (a friend’s blasé murder confession) to humorous (Du Cane invested in Christmas Evil, a holiday-themed horror film, and, years later, mistakenly believed 1985’s Silent Night, Deadly Night was the result). Some of the recollections are even endearing. One instance stemmed from the author’s review of a movie featuring a killer “dwarf.” The actor who portrayed the character angrily confronted Du Cane about his apparently insensitive phrasing only for the two to share a friendly drink afterward.

This is a refurbished version of the author’s earlier Wild Boy book, this time bolstered by debut illustrator Tondora’s vibrant artwork. As a writer, Du Cane is concise, resulting in brief stories and an overall succinct memoir. His smooth, frank prose is engaging: “I am at best a poorish windsurfer, with scant skills and not much nautical sense to back it up. So, when the tides and the sudden gusts conspired to strand me far from the rocky shore, I ended up dismasting, lying on the board and paddling.” Accordingly, he neither condemns nor condones his occasional illicit behavior but rather allows his experiences to speak for themselves. For example, as a teenager, he smoked dope with strangers and became violently ill. During his stupor, one man raped him until Du Cane managed to flee, left with a lingering sense of vulnerability. The illustrations accompanying certain stories are striking and indelible. While some are graphic-novel style, others veer in entirely different directions. In the case of Du Cane’s birth, Tondora’s work is convincingly akin to Japanese erotic art while an image spotlighting Lou Reed resembles stained glass. Perhaps her most superlative effort here is the pastel-shaded, psychedelic rendering of Du Cane’s tale of a staggering, possibly hallucinogenic cocaine episode. The book’s potent design, which packs the pages with collages, often incorporates both the author’s words and Tondora’s pictures, showcasing the solid fusion of the two.