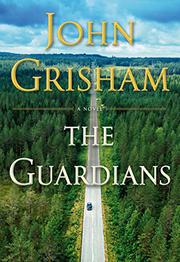 The prolific Grisham (The Reckoning, 2018, etc.) turns in another skillfully told procedural.

Pay attention to the clerical collar that Cullen Post occasionally dons in Grisham’s latest legal thriller. Post comes by the garb honestly, being both priest and investigative lawyer, his Guardian Ministries devoted to freeing inmates who have been wrongly imprisoned. Says an adversary at the start of the book, learning that his conviction is about to be overturned, “Is this a joke, Post?” Post replies: “Oh sure. Nothing but laughs over here on death row.” Aided by an Atlantan whom he sprang from the slam earlier, Post turns his energies to trying to do the same for Quincy Miller, a black man imprisoned for the murder of a white Florida lawyer who “had been shot twice in the head with a 12-gauge shotgun, and there wasn’t much left of his face.” It’s to such icky details that Post’s meticulous mind turns: Why a shotgun and not a pistol, as most break-ins involve? Who would have done such a thing—surely not the guy's wife, and surely not for a measly $2 million in life insurance? As Grisham strews the path with red herrings, Post, though warned off by a smart forensic scientist, begins to sniff out clues that point to a culprit closer to the courtroom bench than the sandy back roads of rural Florida. Grisham populates his yarn with occasionally goofy details—a prosecuting attorney wants Post disbarred “for borrowing a pubic hair” from the evidence in a case—but his message is constant throughout: The “innocent people rotting away in prison” whom Post champions are there because they are black and brown, put there by mostly white jurors, and the real perp “knew that a black guy in a white town would be much easier to convict.” The tale is long and sometimes plods, especially in its courtroom scenes, but it has a satisfying payoff—and look out for that collar at the end.

Fans—and Grisham has endless numbers of them—will be pleased.

THE RECKONING
by John Grisham
Fiction

THE WHISTLER
by John Grisham
Fiction