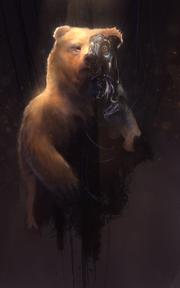 In this snappy sci-fi debut, artificial intelligence is real and its fate lies in the comically clumsy hands of two investigative journalists.

Eight years have passed since the passage of Sherlock’s Laws, which banned the development of artificial intelligence following public outcry at the debut of a self-aware robot. Journalist Robert Merek, frustrated by his investigation into a major technology corporation’s unethical research, receives a tip from an insider: The company’s top R&D researcher, who also happens to have been the brains behind the original Sherlock robot, has gone missing. Allison, the CEO’s assistant, fears foul play. Robert and his goofy freelancing partner, Leonard, jump at the chance for a career-making scoop. Alongside Allison, they leap into a scattershot day of investigating the company’s murky dealings. Starbuck writes with an intentionally prominent authorial presence, starting the book off with a self-conscious note about intention and structuring the narrative as a collage of sections with titles such as “The Inciting Incident,” “Intermission” and “The Falling Action.” Characters and concepts remain only lightly developed and sometimes implausible. The book springs from one familiar trope to the next—the discovery of the wrecked apartment, the break-in at the robotics lab, etc.—but the book riffs playfully on these sci-fi clichés more than it falls prey to them, creating a delightfully skewed reality that reads like a long, consistently entertaining inside joke. Upon entering his enemy’s drab headquarters, Leonard—the quintessential bumbling sidekick, who bases his every move on scenes from his favorite spy movies—thinks: “They weren’t even located in the mouth of an active volcano, for Christ’s sake! Some villains these guys were.” The author’s light touch also makes the sudden gravity of the book’s final act all the more effective; seeing the heroes stuck in a patch of moral ambiguity is a stark contrast to their previously cartoonish adventures.

The plot is thin, but fun characters and sharp writing make Starbuck’s novel a worthy read.

LOVE AND SEX WITH ROBOTS
by David Levy
Fiction