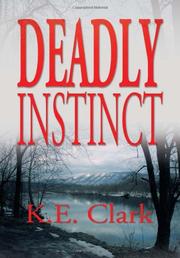 Kidnapping, drugs, murder and infertility take center stage in this debut thriller from Clark (The Story Behind the Mortgage and Housing Meltdown, 2010).

At age 32, Barbara Evans is desperate to have her first child. But her husband, Billy, is less than excited about the prospect of changing diapers and giving up his get-rich-quick schemes. “I wanted us to be more set and not be sweating where the next meal comes from,” he tells his devoted wife after another business venture goes sour. He’s told her this before. As Barbara’s biological clock ticks down and their marriage circles the drain, Billy turns to his old chum Jacko Denby. Jacko has a lucrative import/export company and business associates who remind Billy of the cast from The Sopranos. Billy’s plight contrasts with that of warehouse worker Jacob Glass. Jacob is eager to start a family, but his wife is having trouble getting pregnant, and there’s no way they can afford in vitro fertilization. She works for minimum wage, ironically, at a day care center. Adoption is pretty much out of the question due to Jacob’s felony record; he torched the offices of a local coal mine to avenge his father’s death from black lung. Jacob turns to boozing lawyer Ethan Boggs, who promises to secure the couple a baby for the small sum of $10,000. Unsurprisingly, he’s connected to Jacko Denby. To be sure, Clark writes with clear prose and purpose. He bestows his characters with backgrounds that practically beg for our sympathy. But many readers will find that the ever-expanding ensemble—including a police detective and a sexy TV reporter—spread the material far too thin. And the plot, while carefully constructed, is often predictable. Still, thriller fans who connect with the subject matter may find themselves turning the pages despite themselves.

Pregnancies are overcomplicated in this exciting, but sometimes laborious, crime tale.