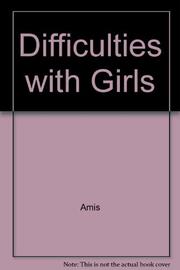 After winning the Booker Prixe for his last novel, an inspired satire on aging adulterers (The Old Devils), Amis here aims his barbed wit at an easy target--the cultural excesses of the Sixties. It's not just radical chic and open marriage that Amis mocks in this rather tired fiction. He's still griping about long hair and mod fashion! In any case, the more immediate dilemma--the problem set out in the title--affects Patrick Standish, a former Latin teacher, now working for the trendy publishing firm of Hammond and Sutcliffe, whose list of authors provides Patrick with much to grump about. The poets are insufferable bores, the novelists mostly illiterate boobs. But Patrick is himself something of a fool. Despite being married to a woman of great beauty and solid character, he still chases skirts with reckless abandon. His loyal wife, Jenny, childless after seven years of marriage, suffers her husband's satyriasis with a stiff upper lip, even when she should send him packing. Although their marital warfare takes up much of this rambling narrative, there are others here with "girl" problems. There's Tim Valentine, a mysterious new neighbor who has been convinced by his pompous shrink that his premature ejaculations indicate deep-rooted homosexuality, a theory he wants to explore in his new digs. There's Simon Giles, Patrick's boss, who hopes to control his wife's sexual wanderlust by setting her up with Patrick. There's Patrick's other neighbor, Eric, a demure homosexual who puts up with his shrill and feminine love, a former actor with a taste for sordid melodrama--he's referred to as "she" throughout in order to stress the commonality of their discord. This subplot about the "incredibly nasty and incredibly dangerous" world of homosexuality is intended, amazingly enough, as an argument against the decriminalization of homosexual acts--legislation that passed back in the time during which the novel is set. Patrick's chastening, meanwhile, results from a predictable plot device--Jenny finally manages to get pregnant. With great comedic skill, Amis highlights the disparity between what characters say and what they think. But here bis talents are wasted on a dull sex farce that resolves itself with much cheap moralizing.
Pub Date: April 5th, 1989
ISBN: 0517063190
Publisher: Summit/Simon & Schuster
Review Posted Online: March 17th, 2012
Kirkus Reviews Issue: March 15th, 1989