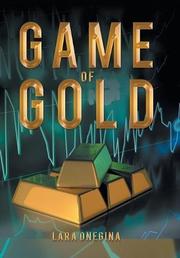 A businesswoman recounts her central role in the development of a Romanian gold mine in this engrossing debut memoir.

Onegina was born in New Zealand, the daughter of Romanian émigrés. Raised mainly by her grandmother, she was allowed only to socialize with Romanian children and was sent to a Romanian Saturday school. At 17, she began studying at the University of Auckland, majoring in biochemistry and biotechnology. Two years later, in 1969, she embarked for Bucharest via Belgrade (then the capital of Yugoslavia). The tenacity of the author is evident as she deals with adversity: in Belgrade, she says, she was tricked and raped by her taxi driver. Then, in Bucharest, she was arrested and jailed for remaining in the country without a visa and for selling her Western clothes to make money. After being released after 11 days and told that she couldn’t return to Romania for seven years, she set up her own New Zealand business that she calls “ScienceStaff” in the text (“the world’s first scientific recruitment agency”), which would eventually sell for NZ$1 million. In 1979, she married an insurance salesman and they returned to Romania; so begins the spellbinding tale of Onegina setting up a mining company and attempting to collaborate with a local company to mine a Transylvanian gold mine. The names of people, locations, and corporations in this memoir have been changed, the author writes. This is particularly notable when Onegina works with high-profile figures, including the future prime minister of New Zealand, whom she refers to as “Mark Spencer,” a fictitious name. If it were real, the memoir would prove to be quite an exposé due to passages such as: “[Mark] confessed that he wished he’d been born an Arab so that he could have a harem. His secret desire, he went on, was to have lots of children with many beautiful women. He admitted freely he’d had many mistresses.” This unblinking directness reflects the author’s straightforward approach throughout. Onegina rightfully rejoices in her triumphs, but she’s also unafraid to discuss her disappointments, making for a well-balanced remembrance of a remarkable life.

An enthralling remembrance of a difficult journey recounted with élan.