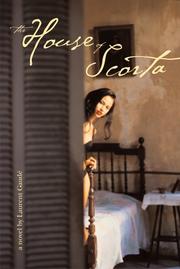 The novel opens like a spaghetti Western, as the notorious bandit Luciano Mascalzone, released after 15 years in prison, returns to the dusty village of Montepuccio on the back of a donkey in full midday heat. No one sees him ride in and stop at the home of the woman he has pined for all these years, and he beds her right there, while the village sleeps. Although he is stoned for his audacity (in fact, the woman is the younger sister of his deceased beloved), the product of this unlawful union is Rocco Scorta Mascalzone, farmed out as a boy to a fisherman’s family and, in turn, sharpened into a brigand who terrorizes the town. From him and his wife, the Mute, three children are born: Domenico, Giuseppe and Carmela. When Rocco dies, his ill-won booty is dumped on the local church, and demands are made for a splendid burial. The impoverished children are cast out on a ship to New York in order to seek their fortune. At the gateway of heaven—that is, Ellis Island—Carmela is rejected because of an eye ailment, and they turn back in solidarity. Eventually, they open a tobacco shop in their hometown and make good, growing prosperous and multiplying—the Scorta curse becomes a mark of pride. It’s hard to blame this corny novel on the translation—there are plenty of vague platitudinous descriptions of Italy that read like a travelogue, with abundant family feasts and exhortations of loyalty and revenge by characters who seem embarrassingly stereotypical. Wisely, Gaudé (The Death of an Ancient King, 2004) retreats from entry into New York and avoids treating that American city with the same mama-mia formula.

A fable for dummies.

A NEST OF VIPERS
by Andrea Camilleri
Fiction

THE REVOLUTION OF THE MOON
by Andrea Camilleri
Newsletter sign-up