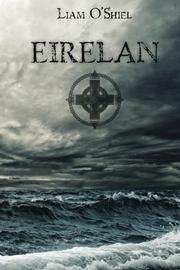 A futuristic tale in which the people of Ireland wage war as if it were the Middle Ages.

Almost 2,000 years from now, humankind has long since abandoned the machines that nearly destroyed the Earth and has reverted to stateless, clan-based forms of government. In the Province of the Twenty Clans in southeastern Ireland, citizens generally lead simple lives filled with music, poetry, good food and strong ale. But they are under constant threat from raiders to the north, where unusually cold weather has shut down agricultural production and caused a famine. This enjoyable debut novel from O’Shiel—filled with battles involving swords, bows, catapults and wooden ships—could almost be mistaken for historical fiction set in the Middle Ages or earlier, if not for the enlightened attitudes about gender roles. O’Shiel introduces a host of well-developed major and minor characters, including Conor Laigain, a reluctant soldier who takes over command of the Province’s field army. Meanwhile, his fiancée Mairin Fotharta, a captain in the nearly all-female navy, sails four warships down to Santander, Spain, to fight alongside Cornish, Welsh and Breton allies. In between battles with bad guys who are about as nameless and faceless as orcs in a Tolkien novel, libidos rage, love triangles form and friendships are tested. A map would have been helpful for following the action, and at times certain characters make decisions with unrealistic impulsiveness. The book would also benefit from additional proofreading for spelling and grammar mistakes. Yet despite these flaws, O’Shiel writes with charm and conviction that makes the work stand out from other similarly grandiose works of fantasy.

While the central conceit of the novel (a future where Irish clans speak the Celtic language, abandon Christianity and successfully fight with swords instead of modern weapons) is far-fetched, O’Shiel delivers a rich, engaging epic.

HOW THE IRISH SAVED CIVILIZATION
by Thomas Cahill
Children

WHAT DO WE KNOW ABOUT THE CELTS?
by Hazel Mary Martell
Newsletter sign-up