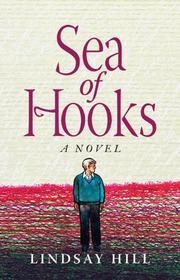 A remarkable and multifaceted novel—philosophical, poignant and puzzling.

The central event of the narrative is Christopher Westall’s discovery of the body of his mother, Evelyn, who died by suicide. Christopher was 22 when this happened, and the novel moves chronologically both backward and forward from this one event. Although a few weeks after his mother’s death Christopher goes to Bhutan, most of the book is taken up by Christopher’s life before his mother’s suicide. We find a number of complexities in his character—for example, although he was a fairly mediocre student, he was a prodigy at bridge. At a young age, he’d gotten sexually involved with a Stanford graduate student, and later in his adolescence, he became intrigued with Dr. Thorn, whose philosophical mind appealed to the many questions Christopher was raising at the time. The central relationships of his life, however, remained those with his mother and, to a lesser extent, with his father, Westy, a gruff atheist with little emotional subtlety. In contrast, Evelyn was hypersensitive and always a tad strange. The form of the novel is fragmented and recursive, with chapters ranging from one sentence to several pages. While there’s a linearity of sorts, Hill is far more interested in moving the narrative along through image patterns (fire, destiny, the “knife-people” lying flat and “sharpening themselves against each other”) as well as through the preoccupations and questionings of Christopher’s mind.

A tour de force, but definitely not for every taste.