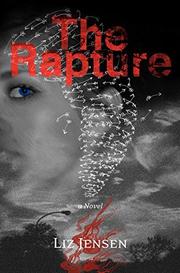 A troubled therapist’s attempts in the very near future to treat an even more troubled teen rapidly escalate into visions of full-scale global disaster.

Even before she killed her mother, Bethany Krall was an unusual girl: bright, defensive and as manipulative in her own way as her father, an evangelical preacher. Now that she’s incarcerated and undergoing electro-convulsive therapy in the Oxsmith Adolescent Secure Psychiatric Hospital, she’s become so addicted to “volts” that she craves each treatment. And no wonder, for ECT seems to be turning her into a modern-day Nostradamus who can predict meteorological disasters with uncanny accuracy. When Bethany’s original psychotherapist takes a “sabbatical,” the teen is assigned to art therapist Gabrielle Fox, wheelchair-bound after the car crash that left her married lover dead. Unsure how far to trust this foul-mouthed, sociopathic patient and her increasingly eschatological prophecies of doom, Gabrielle joins forces with a Scottish physicist to monitor Bethany’s forecasts and then, when they prove out, to spread the word about them. The pair hope to avert worldwide havoc without destroying their reputations. Not surprisingly, they can’t. So what begins as an exceptionally fraught therapeutic dialogue adds more layers: romantic entanglements, forums on faith and its expressions, summer-movie end-of-days scenarios. The results are steadily more unnerving—not only because it’s not easy to contemplate the end of the world as we know it, but because the Armageddon sequences are interlarded with confessions of love, therapeutic breakthroughs, revelations of domestic abuse, religious views of the apocalypse, as well as question of whether Bethany’s unnerving predictions make her a prophet, a lucky guesser or a satanic figure who’s deliberately causing the disasters she’s pretending to foretell.

Any one of these plot strands could plausibly drive an arresting story. When Jensen (My Dirty Little Book of Stolen Time, 2006, etc.) folds them all together, the result is a ride even bumpier than the one that killed Gabrielle’s lover.

THE UNINVITED
by Liz Jensen
Fiction

THE NINTH LIFE OF LOUIS DRAX
by Liz Jensen
Fiction

Into the Hive of Saarlathesh
by Johnny Toxin
Fiction