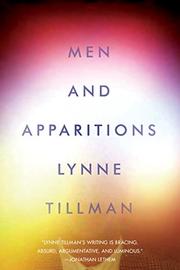 The first novel in more than a decade from the cult-figure author of American Genius (2006), etc.

“When artists incorporate or appropriate unsophisticated or naïve work in their work, a double consciousness plays that game. Or, to say it another way, the artists are presenting visual meta-fictions.” How a reader reacts to this passage will likely predict how a reader will react to this novel as a whole. Indeed, to call Tillman's latest a novel at all is provocative. There is scant dialogue, little in the way of action, and, to the extent that there’s a narrative, it’s spread so thin over the course of nearly 400 pages that it essentially disappears. There is a narrator, but to call him a main character would be an overstatement, as he never quite materializes as anything more than a collection of erudite observations. He does have a name—Ezekial Stark—and an age—38. Both are largely irrelevant. What matters about Zeke is his vocation as an ethnographer. Once Zeke explains that his "focus on images in, by, and of the family includes sexual and gendered behavior and relationships as understood in those pictures,” we have learned pretty much everything we’re going to learn about Zeke. Tillman is more of a cultural critic than a storyteller, and her latest is essentially a collection of essays on photography, identity, and masculinity. This isn’t scholarly writing, exactly. Rather than presenting a thesis and supporting it with evidence, Tillman makes an assertion, drops a few signifiers—Virginia Woolf, John Cage, the Unabomber, Jeff Bridges as The Dude—and moves on. Readers interested in and knowledgeable about Clifford Geertz, Gerhard Richter, and Jean Baudrillard might find that Tillman has some interesting things to say about their work. It must be said, however, that she has nothing to say about the Kardashians that hasn’t been said a thousand times before.

For Tillman superfans only.

WHAT WOULD LYNNE TILLMAN DO?
by Lynne Tillman
Fiction

THIS IS NOT IT
by Lynne Tillman
Fiction

NO LEASE ON LIFE
by Lynne Tillman
Nonfiction

CAST IN DOUBT
by Lynne Tillman